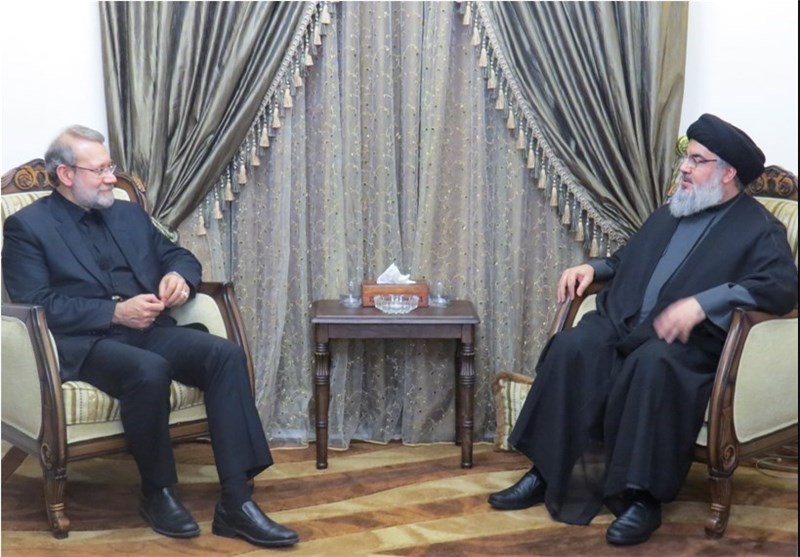 Iranian Parliament (Majlis) Speaker Ali Larijani has praised the victory of the Lebanese resistance movement, Hezbollah, over the Israeli regime during the 33-day war in 2006.

In a congratulatory message to Hezbollah Secretary General Seyyed Hassan Nasrallah on Thursday, Larijani offered his felicitations on the anniversary of the movement’s triumph over the Tel Aviv regime.

Larijani said the victory was achieved thanks to God’s blessings, the sacrifices made by the movement’s fighters, the Lebanese people’s resistance, the leadership of the Hezbollah chief and that of other Lebanese officials.

He also wished for greater victories by the Islamic resistance against the Israeli regime and terrorist groups.

In a separate message, Larijani also congratulated his counterpart Nabih Berri on the “great and historic victory” of Lebanon against Israel in 2006.

He stressed that such a victory was achieved through the sacrifices made by Lebanon’s resistance fighters as well as unity and solidarity among the country’s leaders.

Israel unleashed an all-out offensive on Lebanon nine years ago under the pretext of releasing Israeli soldiers allegedly captured by Hezbollah in southern Lebanon. The invasion claimed the lives of nearly 1,200 Lebanese people, most of them civilians.

The Tel Aviv regime was, however, forced to retreat without achieving any of its objectives after Hezbollah fighters inflicted heavy damage on the Israeli military.

Hezbollah has announced on several occasions that the resistance movement has both the capability and the courage to defend Lebanon.

In June, Nasrallah warned Israel against any potential military strikes against Lebanon, saying a strong response awaits the regime if it dares attack the Arab country.