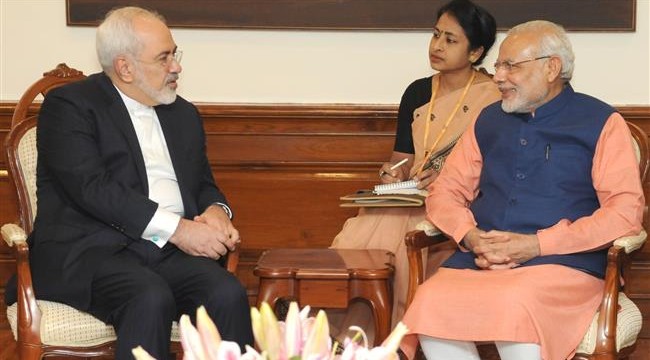 Iranian Foreign Minister Mohammad Javad Zarif has warned of the threats posed by the Daesh Takfiri terrorist group as well as extremism and violence, urging a collective effort to battle the menaces.

He said Iran has always played an instrumental and constructive role in regional developments and sought to safeguard the security of the region.

Commenting on the recent agreement reached between Iran and six world powers on Tehran’s nuclear program, Zarif said that the Joint Comprehensive Plan of Action (JCPOA) has “in a balanced and even manner” fulfilled the demands of the two sides.

The JCPOA has had and will have “constructive effects on regional developments by promoting the approach of negotiations and cooperation and the option of diplomacy over war and instability,” the senior Iranian official said.

Zarif also conveyed the greetings of Iranian President Hassan Rouhani to the Indian premier and invited him to pay an official visit to the Islamic Republic.

The Indian prime minister, for his part, called for further Tehran-New Delhi consultations on the promotion of peace and stability in the region.

He also pointed to deep-rooted and extensive ties between Iran and India and hoped for the further development of political and economic ties between the two countries.

Modi, for his part, also expressed his country’s readiness to cooperate with Iran in implementing economic projects, including the development of Iran’s southern port of Chabahar.

Indian Foreign Minister Sushma Swaraj (R) gestures towards her Iranian counterpart Mohammad Javad Zarif as they greet each other ahead of a meeting in New Delhi on August 14, 2015. ©AFP

Zarif is in India on the last leg of his regional tour which has taken him to Lebanon, Syria and Pakistan. He is discussing regional issues and bilateral ties with senior Indian officials

On Friday, the Iranian foreign minister also sat down with his Indian counterpart Sushma Swaraj as well as Nitin Gadkari, the minister for roads, transport and highways.

He is also scheduled to attend a press conference at the Iranian Embassy in New Delhi before leaving for Tehran.