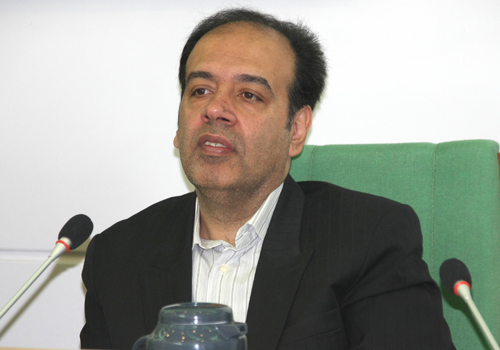 Tehran, Aug 13, IRNA – Iran has raised a new option to export natural gas to Europe which it says involves extra supplies from Qatar.

Mohsen Jalalpour, the president of Iran Chamber of Commerce, Industries, Mines and Agriculture, has told reporters Iran can take Qatar’s gas and transit it to Turkey to be pumped to Europe.

“In case Iran is able to reach a deal with Qatar and Turkey over this, there will be a significant profit for Iran and Turkey [for transiting the gas],” Jalalpour said in a report by Press TV.

“Nevertheless, there are still certain political obstacles over doing this as well as some oppositions that we hope …. would be resolved”.
Iran’s huge natural gas reserves had for years made it a prime source for supplying future exports to Europe.

Accordingly, separate discussions were started with the country by a consortium named Nabucco as well as the Swiss EGL. However, the complications that later emerged – specifically the US-engineered sanctions – made both sideline Iran from their plans to pipe gas to Europe over the past few years.

The prospects that sanctions could be eventually removed in light of the recent diplomatic progress over the Iranian nuclear energy program once again put Iran in focus.

Officials from Nabucco and EGL have raised the prospects of reviving plans to take Iran’s gas to Europe once the sanctions against the country are lifted.

There has even been a new scheme raised by Azerbaijan to take Iran’s gas to Europe through the Trans Anatolian Natural Gas Pipeline (TANAP).

TANAP is projected to pump gas from Azerbaijan’s Shah Deniz 2 field in the Caspian Sea to Turkey and from there to Europe for a length of 1,850 kilometers.