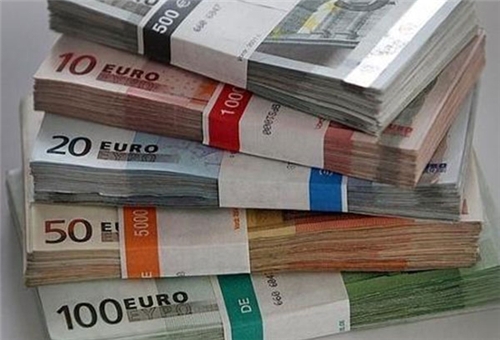 In efforts to sway Iran debate, big-money donors are heard

n the weeks before Senator Chuck Schumer’s decision to oppose the Iran nuclear accord, John Shapiro, a New York financier and a leader of the American Jewish Committee, had his ear, plying him with reasons to oppose it.

Mr. Shapiro, a longtime benefactor of the New York senator and other Democrats, was hardly alone. Some of the wealthiest and most powerful donors in American politics, those for and against the accord, tried to get a word in with Mr. Schumer. Now, approaching a vote on President Obama’s most important international priority, the fight is expanding, with tens of millions of dollars flowing into ad campaigns, and contributors leveraging access to undecided Democrats.

S. Daniel Abraham, a Jewish philanthropist who made billions on SlimFast drinks, dispatched emails to Senate Democrats while vacationing in St.-Tropez, urging their support. The gay rights patron Tim Gill and his husband, Scott Miller, also have quietly urged lawmakers to back the president, telling them the deal is in Israel’s best interest. Norman Lear, the TV producer who has raised millions for Democrats, said he wrote to Mr. Schumer to criticize his decision.

The furious lobbying lays bare the volatile politics of the Iran accord, which has already pitted Mr. Schumer, the likely future leader of Senate Democrats, against the Democratic president. It also reveals donors’ divisions over the deal — and the extraordinary access those donors have wielded to speak directly to lawmakers and their top aides.

Mr. Shapiro said he spoke with Mr. Schumer about his meeting with Egypt’s president, Abdel Fattah el-Sisi, including the leader’s warning that the agreement would increase regional terrorism. He also related discussions with officials in Jordan, and made sure Mr. Schumer had read critical essays and columns.

Mr. Schumer said Wednesday that he did not believe all of the activity would ultimately determine the deal’s fate, nor, he said, had donor appeals determined his decision. “All the sturm und drang around this is going to mean less than on less important issues,” he said. “I know that sounds ironic, but the more substantive the decision, the less the push and pull matters.”

Advertisement
Continue reading the main story
Donors said they did not believe any senator would vote based on threats to give or withhold money — and none admitted to giving such ultimatums. But with “super PACs” poised to dump tens of millions of dollars into Senate races next year, the passions of big contributors — and their ability to change a candidate’s fortunes — are a keenly felt undercurrent to the debate. Some of the biggest donors to super PACs also have strong opinions about the Iran deal and Israel’s security.

Among them are George Soros and the entertainment mogul Haim Saban on the left, for example, and the hedge fund investor Paul Singer and the casino billionaire Sheldon Adelson on the right.

“I’m sure that there is a level of risk on either side of this very sensitive question,” said Victor A. Kovner, a prominent New York communications lawyer and Schumer benefactor who knows of other donors considering a boycott of Democrats who follow Mr. Schumer’s lead. “I continue to support Senator Schumer, although I am deeply disappointed with this decision.”

Republican leaders have promised a vote in mid-September in both houses on a resolution to disapprove of the accord. So far Mr. Schumer is the only Senate Democrat to formally express opposition, though more are likely. President Obama has said he will veto such a resolution. He must hold 34 senators or 146 House members to sustain his veto.

Both sides have mobilized. The American Israel Public Affairs Committee, members of which are potent forces in both parties’ fund-raising efforts, is spending millions to block the deal, both directly and through an affiliate, Citizens for a Nuclear Free Iran.

J Street, the liberal Israel advocacy group, is spending $5 million to build support for the deal. (Neither J Street nor the Citizens group would reveal who is funding the campaigns.) MoveOn.org, a liberal group, has announced that it will urge its large grass-roots membership to “withhold campaign contributions from the Democratic Senatorial Campaign Committee and from any Democratic candidate who succeeds in undermining the president’s diplomacy with Iran.”

J Street helped organize an open letter this month signed by 120 philanthropists, activists and former government officials, many of them Jewish, to signal to Democrats that the “perception” opponents are trying to create — “that there will be a political cost to lawmakers who support the agreement” — is not accurate.

A critical goal, people involved with the letter-writing effort said, was to signal significant Jewish support for the deal, including among prominent donors to Democrats.

The signatories include some of the top “bundlers” for President Obama’s presidential campaigns, among them Margery Tabankin, an adviser and gatekeeper to Hollywood donors. Others, such as Arnold Hiatt, founder of Stride Rite, are members of the Democracy Alliance, a club of wealthy progressive donors that helps finance political nonprofits and super PACs on the left.

“J Street is trying to show the congressman and senators that there is a strong Jewish constituency supporting this agreement,” Mr. Abraham said in an interview, adding, “I am really sorry to see some Democrats separate on the issue.”

At a Democratic Congressional Campaign Committee event at the Hamptons home of Mr. Soros last month, Representative Nancy Pelosi of California, the minority leader, spoke glowingly of the Iran deal.

Then donors pointedly turned to Representative Steve Israel, Democrat of New York, who said he did not want to publicly contradict his leader on such an important matter, according to Mr. Kovner. The lawyer then dispatched a number of donors to discuss the matter with Mr. Israel.

“It’s hard to say he was roughed up, but pressed,” Mr. Kovner said. “Really, the greatest pressure came from the leader herself.”

Mr. Israel came out against the deal anyway.

Mr. Schumer said that if anything, he has spoken to more deal supporters than opponents, since much of his information came from the administration.

Advertisement
Continue reading the main story
Advertisement
Continue reading the main story
But opponents had their say, too. Mr. Shapiro, founder of Chieftain Capital Management and chairman of the American Jewish Committee board of trustees, said he spoke to the senator a half-dozen times before his decision, pressed him on concerns that the lifting of sanctions would finance a wave of Iranian-backed terrorism, and questioned a last-minute decision to eventually lift the embargo on ballistic missile components for Tehran.

That said, Mr. Shapiro conceded that lawmakers “are trying to decide between two really bad choices.” Without a deal, Congress is banking blindly on the hope that international sanctions can be reconstituted, and that Iran can be pressured back to the table to negotiate a more restrictive accord.

With the deal, Tehran will have more money to finance non-nuclear terrorism, more access to conventional weapons, and, after 10 to 15 years, the freedom to resume nuclear weapons development.

Mr. Schumer said some Democrats are discussing ways to pressure the administration to somehow toughen the deal on its own, but he said he is not involved. He also stressed that while he has made courtesy calls to some 30 senators on his decision, he is not trying to influence their vote.

“There are some people out there who think I can force colleagues to vote one way or the other,” he said. “That is not how the Senate works.”

This article was written by Jonathan weisman and Nicholas Confessors for The New York Times on AUG. 12, 2015.