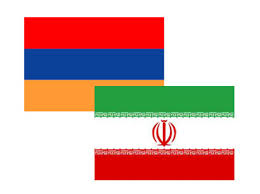 Iran Chamber of Commerce, Industries, Mines and Agriculture (ICCIMA) says the country is planning to hold its 17th exports exhibition in the Armenian capital city of Yerevan.

A statement released by ICCIMA on Tuesday noted that Iran’s 17th exports exhibition in Yerevan will be held concurrent with Armenia’s Panarmenian Expo 2015 in early fall.

It added that this year’s exhibition of Iranian exports has been sponsored by Iran-Armenia Joint Chamber of Commerce.

This year’s edition of Panarmenian Expo 2015 is to be held at the Yerevan Expo Center on October 8-11.

The exhibition will be attended by various economic sectors from Armenia and other countries to display various products in such fields as industry, information technology, agricultural and food industries, home appliances, automobile industry, energy, mines and machinery, petrochemicals, polymer and plastic industries as well as sanitation and cosmetic products.

ICCIAM’s statement further noted that taking part in Armenia’s exhibition is seen by Iranian industrial and production units as an opportunity to secure long-term presence in Armenia’s markets and the markets of other member countries of the Commonwealth of Independent States, in addition to Russia.

Iran held its 16th exports exhibition in Armenia last year attended by companies active in the field of production and export of various commodities.

Iran’s 16th exports exhibition was held on September 18-21, 2014, attended by 40 Iranian producers and exporters active in such areas as machine-made carpets and moquette, tiles and ceramics, handicraft and tourism, medical equipment, polyethylene, transit and transportation, and agricultural production.

According to ICCIAM, Iran holds exports exhibitions in order to introduce the capabilities of Iranian exporters to other countries and help Iranian businesspeople assess available opportunities for attraction of investment while finding new markets for their products.