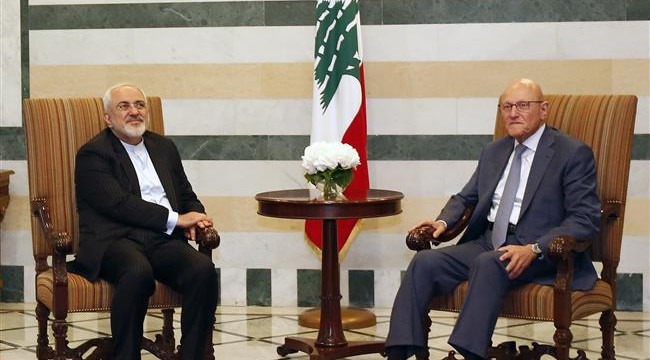 Iranian Foreign Minister Mohammad Javad Zarif says all regional countries have enjoyed the benefits of the nuclear agreement between Iran and the P5+1 countries.

“We have not used the Vienna agreement as an excuse to cause problems for others… The whole region and the friendly, Islamic and Arab countries have all enjoyed the benefits of the accord,” Zarif said in a meeting with Lebanese Prime Minister Tammam Salam upon his arrival in the capital Beirut on Tuesday.

Zarif pointed to his recent visits to Kuwait, Qatar and Iraq immediately after the nuclear agreement, stressing that “regional dialogue” can play a constructive role at this period.

Iran’s top diplomat also voiced Tehran’s support for intra-Lebanese dialog, saying it is the only solution to the political problems in the Arab country.

Salam, for his part, hailed the nuclear accord between Iran and the P5+1 group of countries, adding that “the agreement has provided numerous opportunities for the establishment of peace and stability in the region.”

The Lebanese prime minister also stated that Beirut has always tried to expand its friendly ties with Tehran.

We are ready to open a new chapter in bilateral relations with Tehran after the recent nuclear accord, he stated.

Tehran and the P5+1 – the US, Russia, China, France, Britain, and Germany – finalized the Joint Comprehensive Plan of Action (JCPOA) over the Iranian nuclear program in the Austrian capital city of Vienna on July 14.

During his stay in Beirut, Zarif is also scheduled to visit Lebanon’s Parliament Speaker Nabih Berri and Foreign Minister Gebran Bassil. The Iranian foreign minister will also hold talks with some Palestinian officials in the Arab country.

Zarif will leave Beirut for the Syrian capital city of Damascus on Wednesday. According to reports, he will also visit Pakistan, India and Russia in the coming days.