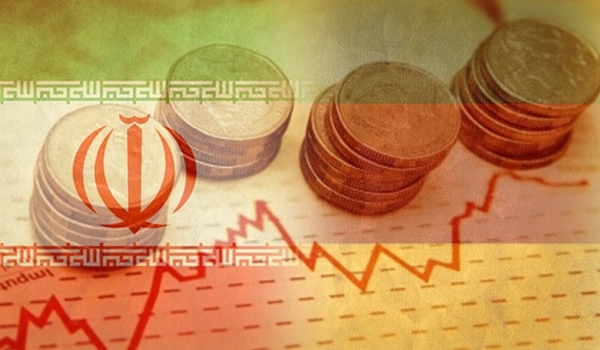 Tehran, Aug 8, IRNA – Following the nuclear deal of July 14, Iran has, in the past few days, been host to a large number of foreign delegations and companies.

Prior to the agreement, word went around of the avid interest among foreign traders in Iran’s market. However, after the nuclear breakthrough, they have begun to express this interest more openly, Tehran-based English newspaper, Iran Daily, reported.
Since the intensification of Western sanctions, particularly the imposition of SWIFT embargo, Iran’s foreign trade has experienced a great deal of difficulties. This is while renewed speculations about the imminent removal of the international restrictions have once again revived foreign interests in resuming cooperation with Tehran.
The intensity of the sanctions even forced Iran to sever relations with its traditional foreign partners. Nevertheless, even following the tightening of the embargoes, some countries bypassed the strict restrictions and continued trade with Iran.
In an exclusive interview with Iran Daily, Abolfazl Hejazi, a member of Iran Chamber of Commerce, Industries, Mines and Agriculture (ICCIMA), elaborated on the growing interest among foreign companies to resume cooperation with Tehran and its impacts on the domestic market.

Excerpts of the interview follow:
IRAN DAILY: How do you evaluate the trend of expanding Iran’s foreign cooperation?

ABOLFAZL HEJAZI: Prior to the lifting of the sanctions, Iran had proved to be among the safest regional countries. This was further confirmed by 95 percent of the visiting tourists who had been surprised by the exceptionally secure conditions in Iran and the warm hospitality of the Iranians. A large number of British, European and American officials have also highlighted security in Iran. The removal of the international restrictions will provide foreign investors with a favorable opportunity to boost their presence in the country’s market.
Iran’s Constitution guarantees full security for foreign funds that are injected into the national economy. Fortunately, foreign investors are also very eager to partake in Iranian projects.
In the past few days, a number of European delegations visited the country. In view of the favorable progress of the domestic market and the production sector, Iran is quite prepared to recommence foreign collaborations.

Q: Following last year’s visit by President Hassan Rouhani to the US, speculations were rife that Tehran and Washington would set up a chamber of commerce. You were among the very first officials to propose this. A year has elapsed since the proposal was put forward. What progress has the joint project made? Is Iran willing to implement it?

A: Iranian traders are only prohibited from trading with the Zionist regime. There is no law in Iran banning cooperation with US firms. The plan was put forward last year, with the raised probability of a nuclear agreement between the two countries. It was very well received by both sides and eventually was registered by an Iranian expat in the US.
Obstacles to the joint plan will be removed once the Iranian Ministry of Foreign Affairs issues a permit in this respect.

Q: Although a number of delegations have recently visited Iran and begun cooperation with the country, domestic producers express concerns over the entire process. What are the causes of such worries?

A: Domestic market’s gateways are currently quite open to foreign investors. They think of Iran as a lucrative market for their products.
They intend to sell consumer goods in Iran’s market and launch production lines in the country. Building up capacity for foreign investments does not necessarily mean that the country will turn into a consumer market for foreign goods. The government is also required to support foreign investors who plan to transfer modern technologies to the country and establish production lines. During the period of stiff sanctions, domestic industries suffered a great deal of losses due to an embargo on the import of spare parts. Currently, the ground is prepared for Iranian manufacturers to easily purchase foreign spare parts and transfer modern technologies.
Iran is a lucrative target for foreign investors due to the large number of industrial parks and townships and rich energy resources.

Q: To what extent do you think sanctions have harmed Iran’s economy?

A: Although they did not paralyze the domestic economy, their adverse impacts cannot be ignored. Their main pressure was on the general public. Nevertheless, Iran is among the few countries that brought the US to the negotiating table. This indicates that the sanctions failed to tarnish Iran’s international status and limit its power. In addition, by enacting the policies of ‘Resilient Economy’ during the period in which the embargoes had intensified, domestic manufacturers boosted production of auto spare parts, foodstuff and pharmaceuticals.
The resumption of cooperation with foreign companies is aimed at self-sufficiency in the production of different goods.

Q: In the past few years, Iran has become the main consumer market for Chinese products. Are Iran’s export destinations going to change following the lifting of the embargos?

A: In the past 10 years, China has turned into a major international economic power and Iran’s main trade partner. Some Chinese goods even surpass their European and US counterparts in quality. Iranian traders, and not economic state officials, are to blame for importing low quality products. Unfortunately, in the past few years, sanctions have upset the trade balance between Iran and China. At present, it is in favor of Beijing. After the lifting of the embargos, the balance will hopefully become more even.
There were a number of countries, however, that continued cooperation with Iran even after the sanctions intensified. In return, Iran is also going to offer them more trade and investment opportunities once the restrictions are removed.

Q: Domestic industrialists and producers level criticisms against the Rouhani administration’s economic policies. Are they fair? Can you list some them?

A: The 11th government highly respects domestic traders and producers and has always sought ICCIMA’s consultations before implementing projects.
Until a few years ago, state organizations did not release any official statistics on major economic indices such as inflation. This had created distrust between the private and public sectors.
Following the directive of the present government, it has become binding on legal authorities to release these figures on a regular basis. This has eased the concerns among domestic producers and developed the trust between the private and state-run sectors.
Although domestic industrial sectors are suffering from recession, a relative tranquility has returned to the market.
Currently, the main request of the traders and businessmen from the government is to bring about reconciliation between domestic banks and producers.
The government has to accelerate the process of privatization and undertake a supervisory role in the domestic economy.
At present, the main problem faced by domestic industrialists and producers is the untimely cancellation of loans from the National Development Fund.
There are a large number of domestic investors who, after obtaining confirmation of NDF loans, begin to construct the infrastructure of their projects and spend a lot in this regard, yet on trivial pretexts, find their loan permits revoked.