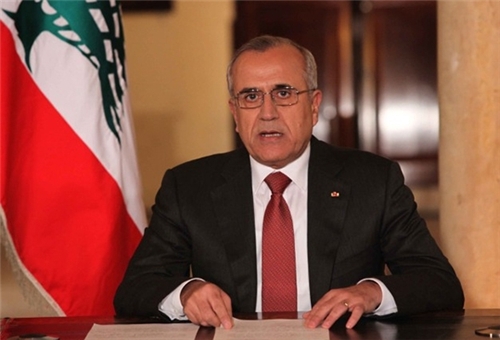 He made the remarks in a meeting with the Iranian Ambassador to Lebanon Mohammad Fathali.
Congratulating the nuclear deal between Iran and P5+1, he said that regional states should use the opportunity to resolve regional problems.
Based on its religious teachings, Iran has never pursued nuclear weapons, the official added.
He said that nuclear weapon has no use in the world today.
Lebanese ex-president voiced hope that the CJPOA between Iran and world powers bring positive outcomes for the region.
During the meeting, Iranian envoy for his part stressed boost of bilateral ties between Iran and Lebanon.
CJPOA is the result of Iranian nation’s resistance towards arrogant power’s excessive demands, he added.
The official said that the Zionists have created the Takfiri terrorist groups to provoke sectarian violence in the region and sabotage the region’s infrastructure.
The two officials discussed also latest regional and international developments.