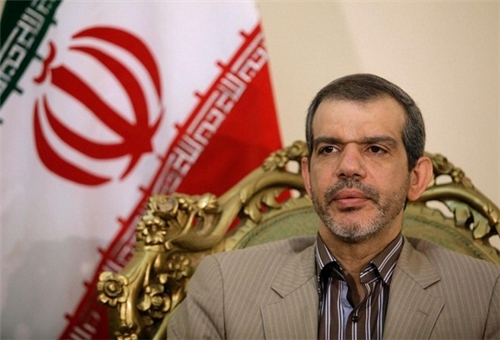 ‘The Islamic Republic of Iran pays paramount importance to maintaining stability and security of (Iraq’s) Kurdistan region,’ Danayeefar said during a meeting with President of Iraqi Kurdistan Region Massoud Barzani in the city of Erbil on Friday.

The two sides also discussed fight against the ISIL and extremism, as well as the need for coordination and cooperation among the regional countries to uproot terrorism in the region.

On Tuesday, Danayeefar and Deputy Head of Iraq’s Patriotic Union of Kurdistan (PUK) Barham Salih in a meeting discussed bilateral ties and regional developments, specially the ongoing fight against the Takfiri terrorists.

During the meeting in the Iraqi Kurdish city of Erbil, Danayeefar and Salih underlined the need for coordination among all the sides fighting the ISIL in Iraq.

The Iranian envoy and PUK deputy chief also pointed the status quo of Iran-Iraqi Kurdistan relations, and called for the broadening of all-out relations between Tehran and Erbil.

In May, Salih in a meeting with Iranian Deputy Foreign Minister Hossein Amir Abdollahian in Tehran appreciated Iran for its effective support for Iraq under difficult conditions, specially in the campaign against Takfiri terrorists.

Salih said that radicalism is a threat to the entire region and the regional countries should boost their cooperation to confront extremists.

The Iranian deputy foreign minister, for his part, appreciated Salih for his constructive role in Iraq’s new developments, and underlined the need for boosting national unity in Iraq through the balanced participation of all tribes in the Arab country’s political structure.

Amir Abdollahian pointed to Iraq’s regional status, and said that consolidation of stability and security in Iraq is a prelude to regional security.

‘The Islamic Republic of Iran will continue its effective and constructive role in supporting the Iraqi government and nation,’ the Iranian deputy foreign minister vowed.