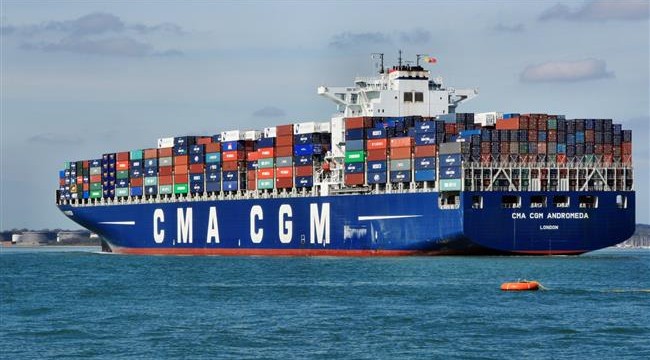 World’s No. 3 container group sails back to Iran

to Iran amid international maritime traffic scampering again along the country’s southern coasts after years of sanctions.

The UK-flagged CMA CGM Andromeda became on Thursday the latest liner to call on Shahid Rajaee, Iran’s biggest container port on the mouth of the Strait of Hormuz.

by sending Ever Legion to the Iranian port near Bandar Abbas. The Singapore-flagged container ship reportedly headed to the Saudi port of Dammam after loading and discharge operations.

to transport much of its basic needs, including food, medicine and other consumer goods. Foreign shipping lines ceased calling on Iranian ports after the US and Europe imposed sanctions on the country in 2011.

Last month, the official news agency IRNA said the Islamic Republic of Iran Shipping Lines and Tidewater had been removed from the US list of companies designated for sanctions and assets freeze.

, Hanjin Shipping Co., resumed services to Iran along with several other international container lines even before the conclusion of nuclear talks last month.