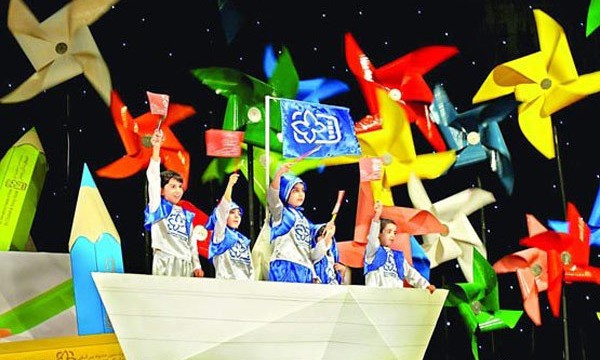 HAMEDAN, Aug. 05 (MNA) – Head of the 20th International Children and Teens Filmfest has said Hamedan has been given the hosting of the ‘teen’ section of the festival to be held next October.

Alireza Shoja Nouri told Mehr News local correspondent on Tuesday that according to coordination with provincial governorate, “the teen section of the 20th filmfest will be held in Hamedan.”

“With the high popularity of the event and the supports voiced by the public, the artistic society, and the provincial governor, the decision was made to separately hold the 20th International Children and Teen Film Festivals in Isfahan and Hamedan,” he told Mehr News.

He believed separating these two sections had been crucial, which the festival’s policy board also had emphasized on; “Hamedan and Isfahan will host their respective events of the festival in a biennial base,” Shoja Nouri said.

He believed that holding such events in Hamedan would greatly help to prepare the grounds for more focus be lent on the teens of the province; “the golden butterfly will be flown in both Hamedan and Isfahan, with Hamedan receiving the title of ‘City of Teens;’ however, the lack of seriousness in part of Isfahan city magistrates provided the additional impetus for us to grab the opportunity to concentrate more and more on children and teens of the country, region and the world at large in the film festival,” he added.

Shoja Nouri assessed the infrastructures of the province ‘appropriate’ for hodling such cultural events; “with the good offices and seriousness displayed by the provincial authorities, the city will be a competent host for this edition of the event; with improving its facilities and allocated resources, now the city has the chance to come to the fore as a first-class host of teenagers’ film festival in international level,” he asserted.

He believed that holding film festivals would bring excitement to the teens of the nation; “with more effective presence in the festival, now teens of the nation would provide better examples for teens worldwide; I congratulate people of Hamedan for the honor of hosting the event; the cinema halls of the city will await the lovers of the teen films,” Shoja Nouri concluded.