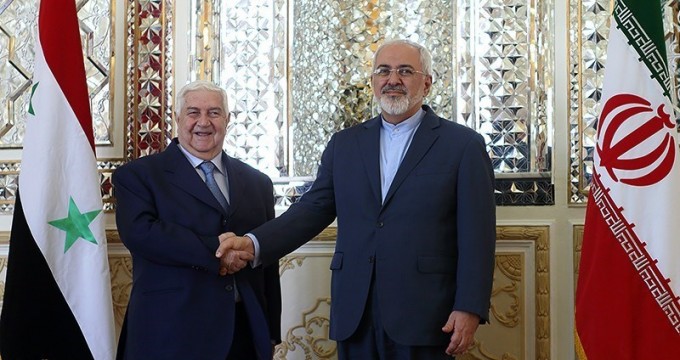 During the meeting in the Iranian capital today, Zarif and Moallem underlined the need for resolving the Syrian crisis through political means.

The Syrian foreign minister briefed his Iranian counterpart on the latest developments in Syria.

On Tuesday, Iranian Deputy Foreign Minister Hossein Amir Abdollahian reaffirmed the country’s policy of support for its allies and friends in the region, including Syria.

In June, Syrian Parliament Speaker Mohammad Jihad al-Laham appreciated Iran for its continued supports and aid to the Damascus war on terrorism, saying that his country relies on Iran in this war.

‘In this war, we rely on our resistant nation, hero army, wise leader and our friends that are numerous, with the Islamic Republic of Iran standing at the top of them,’ he added.

Laham described relations between Iran and Syria as a contributor to regional stability, and said, ‘These ties will be a defensive wall against the killer waves.’