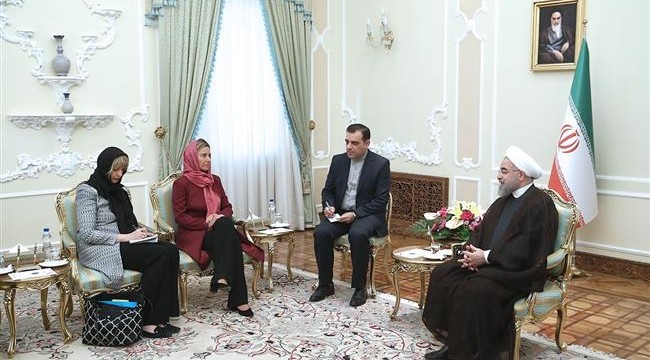 With American political leaders hunkered in a bitter dispute over whether to embrace the Iran nuclear accord, the Europeans are snapping up trade deals, pending the removal of sanctions to start full-fledged business relationship.

European ministers and business owners are making a beeline to Tehran in quest for new opportunities in the country of 80 million people with a pent-up potential for a variety of businesses.

In the US, the debate is mired in whether to kill the deal and retain the curbs on the Islamic Republic amid a steady flow of reports with apocalyptic warnings of doom.

This marked divergence among close allies — with one side stuck in the past and the other looking into the future – shows how fast the joints of the sanctions regime are coming apart.

Iran is currently hosting a delegation of government ministers and business leaders from Italy. The two sides signed a memorandum of understanding, with Italy undertaking to provide funding and insurance for industrial, construction and infrastructure projects worth at least 3 billion euros in Iran.

Before the Italians, French Foreign Minister Laurent Fabius led a delegation of business people to redeem the lost ground, especially in the energy and auto industries.

The highlight of the trip was France’s parting with its much-hyped hardline position in nuclear negotiations when Fabius presented Rouhani with an invitation to visit Paris in November.

France’s main business lobby group, the Medef, will be also sending a delegation of about 100 business leaders to Iran at the end of September.

Germans, however, were the first Europeans to take the old trodden path to Tehran after the conclusion of the nuclear talks. He led a delegation of heads of the industrial gases group Linde and the chemicals firm BASF as well as leading car makers Volkswagen and Daimler.

Officials of Austria, Serbia, Switzerland and Azerbaijan have also beaten their way up to Tehran in recent weeks, with Spain planning next to send a delegation of similar caliber.

Recent opening will also solidify Iran’s political and trade ties with Asian nations and other regional allies, especially China and Russia and help rehabilitate the country into the international fold.