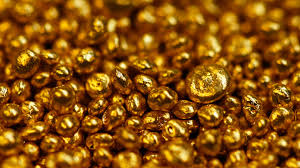 TEHRAN (ISNA)- Iran has found 1200 areas which are highly expected to have rich gold deposits.

“We have found gold-rich areas in Tiran district, Isfahan Province, but the exact amount of the gold deposits is still unclear,” said Deputy Head of Iranian Geology and Mineral Explorations Organization Behrouz Borna.

He also said that the country has detected gold reserves in 21 provinces and the country’s definite resources total 340 tons. Iran is expected to increase its production to 10 tons per year with exploring all gold reserves.

According to Borna, There are 20 gold-rich areas and 24 gold reserves in Iran. 15 mines are also working actively and 1 is being equipped.

He further said that Iran is now producing over 3 tons of gold per year.

Zarshuran, the Middle East’s biggest gold deposit, will yield 6 million metric tons alone, with another 700 kg coming from mines in East Azarbaijan Province and 300 km from Arghash in Nayshabour.

Production from Zarshuran in the Iranian city of Takab in West Azarbaijan began in November 2014 with the inauguration of a facility capable of processing 3 metric tons of gold on top of 2.5 tons of silver and one ton of mercury per year.

Another gold deposit in Takab, named Aq Darreh, yielded 2.2 metric tons of gold a year before production stopped in 2011.

The provinces of West and East Azarbaijan, as well as Isfahan and Razavi Khorasan hold the country’s biggest reserves for production of gold