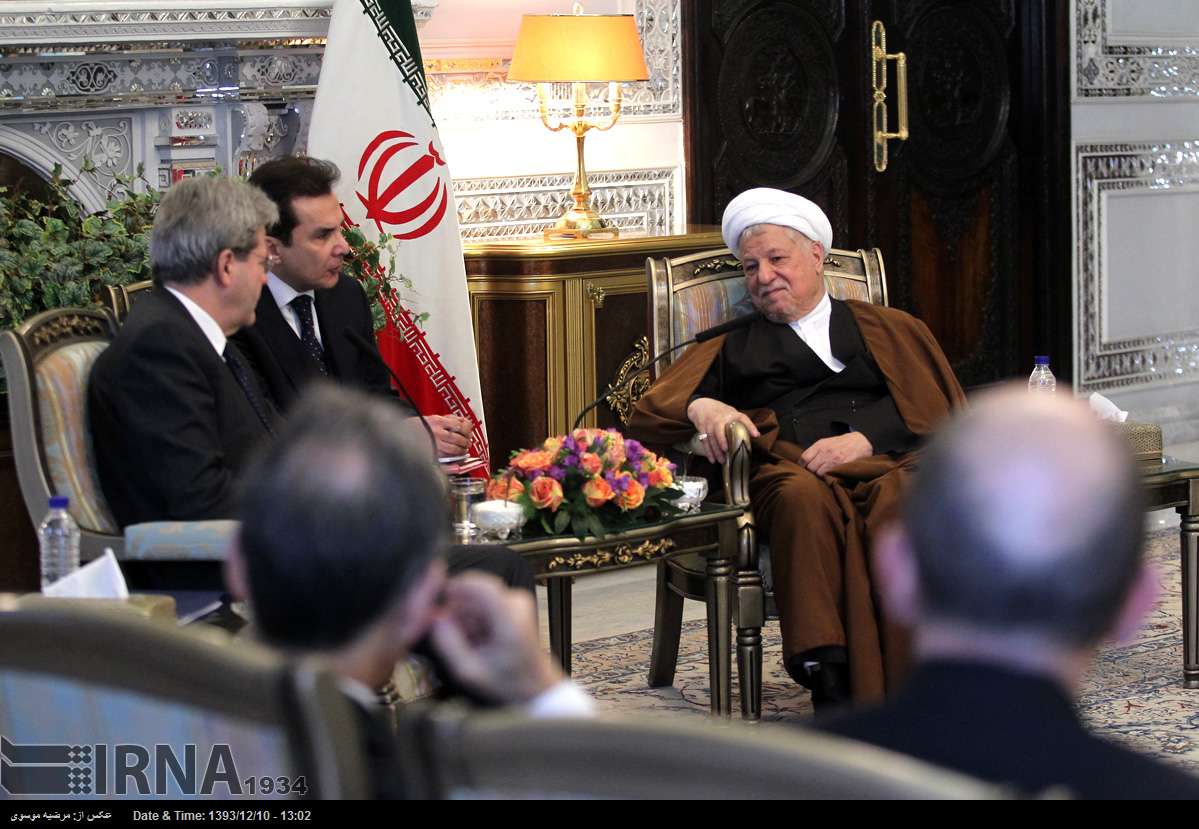 “The US and the NATO had invaded Afghanistan to uproot terrorism and narcotics, but we saw that terrorism expanded in the form of the ISIL, Boko Haram and Al-Nusra Front to remote parts of the world from Al-Qaeda and Taliban in Pakistan and Afghanistan,” Rafsanjani said in a meeting with visiting Italian Foreign Minister Paolo Gentiloni in Tehran on Wednesday.

Rafsanjani called on the western countries to stop their support for the terrorist groups and instead take serious measures to prevent further growth of terrorism in the region because it will backfire on them.

The Italian foreign minister, for his part, welcomed Rafsanjani’s proposal on the need for all-out fight against terrorism, and said, ‘In my meetings with Iranian and Italian officials I will mention this and I hope that your proposal will be a starting point in inflicting a historical defeat on the terrorists in different human societies.’

‘Terrorism and insecurity is an epidemic disease which doesn’t belong to a special region, and efforts should be made to encounter extremism and violence to prevent its spread and we shouldn’t allow any innocent person, regardless of his/her nationality and religion, to become a victim of the terrorist groups,’ Rouhani said in a meeting with Gentiloni in the Iranian capital.

Stressing that after striking a nuclear agreement with the world powers, Iran now feels the heavy responsibility of establishment of peace and stability in the region, he said, ‘To achieve this important goal, it is necessary to uproot terrorism through collective cooperation.’

‘The countries’ political and economic interests and creation of mental tranquility both depend on this universal determination,’ Rouhani added.