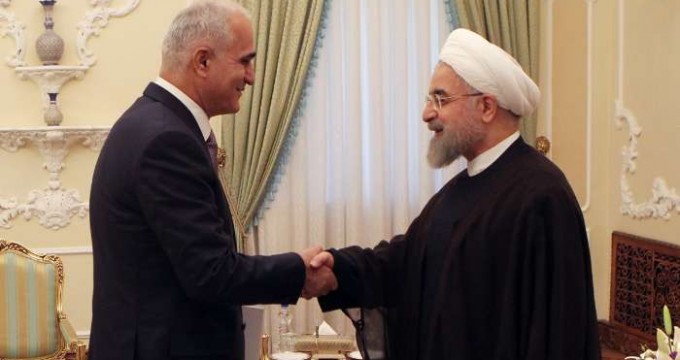 In a meeting with the visiting Azeri Minister of Economy and Industry Shahin Aliyev here on Tuesday, the President noted that companies from all over the world are presently seeking investments in Iran after the nuclear deal with six world powers but Tehran is certainly focusing on its neighbors, including Azerbaijan, in the first place.

Stressing the existing high potential of both countries to boost relations, he said Iran looked at Azerbaijan as a gateway to Caucasus while Iran too could serve as a rout to connect Baku to the Persian Gulf and the Oman Sea.

President Rouhani also referred to oil and energy as other possible areas of cooperation between the two countries and said joint investments in the Caspian Sea could open new chapters in these sectors.

The Azeri minister congratulated the president over Iran’s big achievement in nuclear negotiations and expressed confidence that agreement will work to the benefit of the regional and international peace and stability.

Pointing out that he is leading a very high-ranking delegation to Iran, he said Baku is determined to promote cooperation with Iran in energy, trade, transportation, industries, agriculture, oil, petrochemistry and banking sectors.