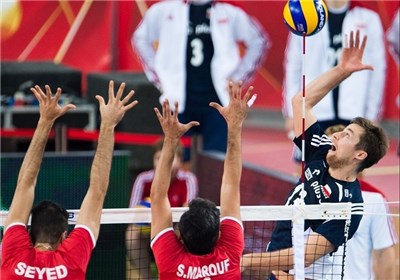 Team B of Iran will play Thailand on its first match of the last eight teams at Azadi 12000 Capacity Hall on Monday.

Iran had previously defeated Kuwait and Kazakhstan in the competition.

“Chinese Taipei put some of our players under pressure. As I said before, it is so difficult to play against a quick team such as Chinese Taipei, so we had to trouble their reception, a goal which my players dealt with so well,” Iran coach Peyman Akbari said in the post match news conference.

“I’m thankful to our fans, who don’t leave us alone in this championship.”

“I hope the arena gets full when we go further to the next rounds,” he added.