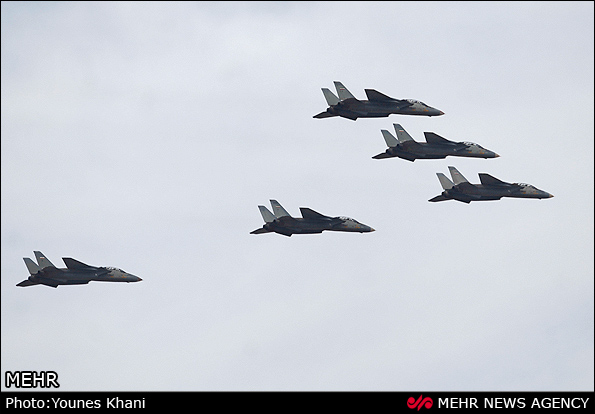 Commander of Shahid Yasini air base in Southern Iran General Pilot Esmayeel Lashkari, whose forces are responsible for defending the country’s economic zone and the nuclear power plant in Bushehr province, made the remarks on Saturday.

“Shahid Yasini air base was established in the Southern parts of Iran to provide security to the country’s airspace and prevent any hostile plane’s aggression,” he said.

“At present, Shahid Yasini air base is responsible for fulfilling  missions to provide cover and defend the Islamic Iran’s airspace and economic lifeline using F4 aircraft, in addition to conducting tactical and combat missions,” Lashkari said.

The Bushehr plant officially began its operations in September 2011, generating electricity at 40 percent capacity. The commercial production of the plant is expected to start later in 2015.

Iran signed a contract with Russia over the construction of the Bushehr plant in 1995.

The facility, constructed some 18 kilometers South of the Southern city of Bushehr, is the first civilian nuclear power project in the Middle-East and operates under the full supervision of the International Atomic Energy Agency (IAEA).

Also, Iran’s South Pars field, shared with Qatar, covers an area of 500 square miles and is located 3,000m below the seabed at a water depth of 65m. The Iranian side accounts for 10% of the world’s and 60% of Iran’s total gas reserves. Iran’s portion of the field contains an estimated 436 trillion cubic feet.