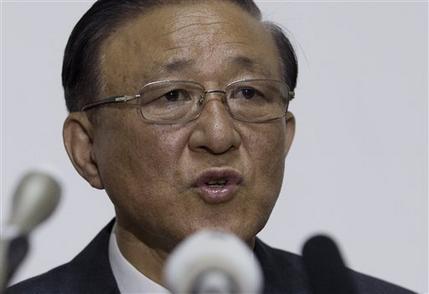 For North Korea, Iran-style nuke deal not an option

PYONGYANG, North Korea (AP) — If any hopes have been raised that the progress between the United States and Iran to halt Tehran’s development of nuclear weapons could bring change in Pyongyang, North Korea has gone out of its way to thwart them.

In a flurry of public comments since the deal, the North has been blunt: Its nuclear weapons are not a bargaining chip; it is already a member of the nuclear club; and if Washington wants to talk, it must recognize the North as such or put an immediate end to its hostile policies toward Pyongyang.

Clearly, the differences between North Korea and Iran are vast.

North Korea has already gone down the negotiations road and come out on the other end with a small but potentially threatening nuclear arsenal. North Korea is also still technically at war with the U.S. and has a powerful rival and U.S. ally, South Korea, along with tens of thousands of U.S. troops right across the Demilitarized Zone. Each year, U.S. and South Korea hold massive war games in preparation for a possible invasion from the North, or, as Pyongyang sees it, an invasion of the North.

The biggest issue of all, however, could simply be that it is not in the DNA of North Korea’s leaders to flip-flop.

Pyongyang’s desire for a nuclear defense against the far superior U.S. forces probably goes all the way back to the country’s founder and first president, Kim Il Sung. For the current leader, Kim Jong Un, his grandson, reversing that course would be an unprecedentedly bold break with the past and bring into question the portrayal of the ruling Kim dynasty as infallible.

When North Korean leaders ponder the option of giving up their nuclear weapons – if they ever seriously do – the benefits Iran will likely reap from its deal with the United States are probably not foremost on their minds. More likely, they recall the fate of Libyan dictator Moammar Gadhafi, who abandoned his nuclear program and ended up being deposed, hunted down and killed by rebel forces after months on the run. Though one didn’t directly lead to the other, in Pyongyang, Gadhafi’s fate is seen as a potent cautionary tale.

Without referring to the Iran talks, Kim Jong Un told veterans gathered last week in Pyongyang for the 62nd anniversary of the armistice that ended the fighting in the 1950-53 Korean War that peace has yet to come to the Korean Peninsula. He held fast to the North’s constant warnings to its people that they must be ready for another, final showdown with the United States.

He also said the North’s possession of nuclear weapons has dramatically shifted the balance of power.

“Our force at present is not what it was in the 1950s, when we had to fight with rifles in our hands against the U.S. imperialists armed to the teeth,” he said in the address, which was repeatedly broadcast on television and carried in full in the North’s state-run newspapers. “We now possess such a force as to fight any form of warfare of the choice of the United States. We have a might powerful enough to deter the United States from unleashing a nuclear war.”

North Korea’s new defense minister, in a separate speech, went even further. He suggested that the “second Korean War” could be right around the corner and warned the U.S. that if it is, the North will leave no Americans alive to sign a surrender document.

North Korea watchers stress that such rhetoric needs to be taken with a big grain of salt. Whipping up domestic fears of an imminent U.S. threat is politically useful in North Korea and helps rally the nation behind its leaders while distracting attention from the country’s many economic problems, lack of social freedoms and individual rights.

But there are also signs the North could be planning to demonstrate its defiance to U.S. pressure in the months ahead by launching a rocket in conjunction with large-scale celebrations for the 70th anniversary of the founding of its ruling party on Oct. 10. North Korea claims it has the right to launch a rocket, which will carry a satellite, but the U.S. and the United Nations say that is in violation of international bans designed to keep it from developing long-range missile technology. The technology for both is very similar.

For the U.S., North Korea itself is the cautionary tale. Decades of talks and agreements with the North failed spectacularly, and critics worry Iran could try to play the same game.

The Iran deal is opposed by most lawmakers in the Republican-held Congress, with some drawing a direct comparison with the North Korea negotiations, starting with the Agreed Framework agreement reached in 1994 under President Bill Clinton. Under that deal, Pyongyang’s nuclear weapons program was frozen in return for the provision of nuclear power reactors and the eventual normalization of ties with the United States. The deal subsequently unraveled.

Washington has been careful to point out the differences.

“This is a very different agreement from anything that ever existed with North Korea,” Secretary of State John Kerry told a House Committee on Foreign Affairs hearing Tuesday on the Iran deal.

Kerry said the Iran deal covers all possible nuclear-related activities – whereas the 1994 agreement with North Korea covered only its plutonium program. It subsequently emerged the North was also seeking to use uranium for an alternative route to developing nuclear weapons.

Kerry also said Iran had given consent to a process of inspections of its nuclear facilities – a highly problematic issue in dealings with Pyongyang.

Although critics contend the U.S. has failed to achieve a goal of assuring inspections “anywhere, anytime,” some experts say the deal has a more rigorous verification procedure to ensure compliance than the Agreed Framework had.

Sydney Seiler, U.S. special envoy for the so-called six-party talks, a stalled multilateral forum that was created to persuade Pyongyang to denuclearize, told reporters in Seoul on Monday the Iran deal shows how negotiations can work when both parties are willing to dance.

“The Iran deal demonstrates the value and the possibilities that negotiations bring,” he said. “It demonstrates again our willingness when we have a willing counterpart. It demonstrates our flexibility when the DPRK makes the decision that it wants to choose a different path. … We have always stood ready to engage in dialogue on this issue.”

But he added that pressure will remain a key component in convincing Pyongyang to return to negotiations. He said the international community must do whatever it can “to inflict a cost for its unwillingness to negotiate.”

At about the same time, North Korea’s ambassadors to the United Nations and Beijing held news conferences posing their counterargument – that it is the United States impeding the dialogue process.

Ji Jae Ryong, North Korea’s ambassador to China, said the Iran deal is irrelevant because the North is already “a nuclear weapons state both in name and in reality.”

“We are not interested at all in dialogue to discuss the issue of freezing or dismantling our nukes unilaterally first,” he said at the North Korean Embassy in Beijing.

Ambassador Jang Il Hun, meanwhile, told reporters at the United Nations that no offers for talks have been made since one offered by himself in January “because, I think, the position of the United States has not changed since then.”

“We see no prospect of resuming the ongoing effort to ease tension between the two countries,” he concluded.