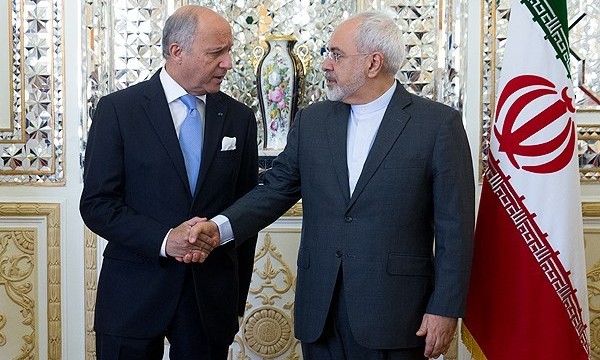 Iran an influential country in the region: Fabius

Fabius made the remarks in a joint press conference with his Iranian counterpart Mohammad-Javaz Zarif.

‘France and Iran enjoy joint interests in combat against terrorism and extremism,’ he added.

‘France is interested in establishment of peace and tranquility in the region,’ he added.

Fabius reiterated that the nuclear agreement inked between Iran and P5+1 was aimed at reinforcement of peace and tranquility in the region.

‘The agreement is not only a technical agreement, but an accord aimed at fostering peace and tranquility in the region and the world,’ he added.

Upon arrival in Tehran on Wednesday morning, Fabius said that an economic French delegation, including several companies, visit Iran in September.

This is the first visit by a French foreign minister to Tehran in 12 years.

While in Tehran, the French foreign minister is set to hold talks with President Hassan Rouhani, Minister of Industries, Mining and Trade Mohammadreza Nematzadeh and Vice-President and Head of the Department of Environment (DOE) Massoumeh Ebtekar.