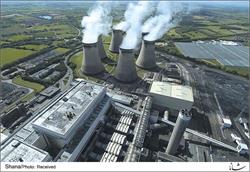 The International Monetary Fund has revised its estimation of energy subsidies paid by the Iranian government in 2015, indicating a $9.6 billion reduction compared with 2013.

According to the survey titled “Counting the Cost of Energy Subsidies” conducted by IMF, the greatest part of subsidies paid by the Iranian government pertains to petroleum products, amounting to $58.8 billion in 2015, IMF website reported.

China is the world’s top subsidizer in dollar terms, Ukraine in percent of GDP and Qatar in per capita subsidies.

The bulk of energy subsidies in most countries are due to undercharging for domestic environmental damage, including local air pollution—especially in countries with high coal use and high population exposure to emissions—and broader externalities from vehicle use like traffic congestion and accidents.

In many top subsidizers in percent of GDP and in per capita terms, these also reflect the setting of domestic energy prices below their supply cost.

Eliminating global energy subsidies could reduce deaths related to fossil-fuel emissions by over 50% and fossil-fuel related carbon emissions by over 20%. The revenue gain from eliminating energy subsidies is projected to be $2.9 trillion (3.6% of global GDP) in 2015. This offers huge potential for reducing other taxes or strengthening revenue bases in countries where large informal sector constrains broader fiscal instruments.

“This trend suggests that energy subsidy reform is as urgent as ever, in particular to tackle the unpriced externalities from energy consumption,” the report said.

Petroleum subsidy reform is particularly important for advanced economies as they account for the largest share—at about 44% in 2015.

Natural gas subsidies accounted for about $510 billion in 2015 and are most significant in the Commonwealth of Independent States, where they cost just below 4% of regional GDP.

Electricity subsidies cost about $148 billion in 2015 and are costly across the developing economies.