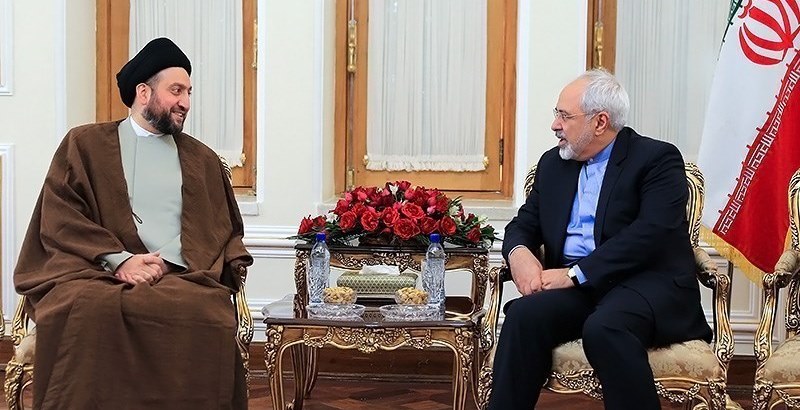 TEHRAN (FNA)- Iranian Foreign Minister Mohammad Javad Zarif underlined that the spread of the extremism in the region is rooted in the wrong attitude of some regional countries.

“Our region is grappling with violence and extremism and we feel that some regional countries are spreading this due to their delusive approach,” Zarif said in a meeting with Head of the Islamic Supreme Council of Iraq Ammar al-Hakim in Baghdad on Tuesday.

The Iranian foreign minister pointed to Iran-Iraq relations, and said, “The people of Iran are in the frontline of campaign against extremism and terrorism and we will always remain beside the Iraqi government and nation.”

He noted that Iran considers the region’s security as its own, and said, “We and all the regional countries have a common enemy; an enemy who does not differentiate between the Shiites, Sunnis, Kurds, Turks and Arabs.”

Hakim, for his part, felicitated the nuclear agreement between Iran and the Group 5+1 (the US, Russia, China, France and Britain plus Germany), and said, “Your recent agreement opened a new chapter in cooperation based on dialogue and diplomacy in the current era.”

He reiterated that the agreement will be beneficial to the region, and voiced his pleasure in Iran’s intention to restore and maintain tranquility in the region through dialogue.

Earlier today, Zarif in a meeting with Iraqi President Fouad Massoum said that Tehran’s new approach which resulted in striking a final nuclear agreement with the six world powers (the US, Russia, China, France, Britain and Germany) can be applied to resolving the regional problems.

The Iranian foreign minister said that his message to the regional countries is that Iran and the countries of the region can remove misunderstandings through dialogue and cooperation.

The Iraqi president, for his part, felicitated the Iranian nation and government on the occasion of the nuclear agreement with the world powers, and said, “The deal will bring about stability and tranquility in the region and it will be beneficial not just to Iran, but all the regional states.”

President Massoum, meantime, called for cooperation among Iran, Iraq, Turkey, and the Persian Gulf states, specially Saudi Arabia, and said, “It will be very important to establish peace and stability in the region.”

“In the wake of the nuclear agreement (between Iran and the world powers), conditions of the region have changed, and there is no longer a fabricated fear or threat from the atomic bomb; hence, the regional countries can resume cooperation on uprooting the terrorist groups, specially the ISIL,” he added.