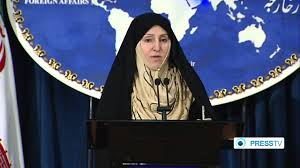 Accusing Iran of meddling in Bahrain no more effective: spokeswoman

The claims raised against Iran by the Bahraini interior and foreign ministries are baseless allegations, the spokeswoman noted.

“The Bahraini government clearly intends to stir tension in the region through repeating unfounded accusations.”

She at the same time noted that such “unconstructive methods” would not undermine Iran’s resolve to pursue its responsible and confidence-building regional policies.

The remarks made as Bahrain said on Saturday it had recalled its ambassador to Tehran for consultations.

The move came after what Bahrain said were repeated hostile statements made by Iranian officials.