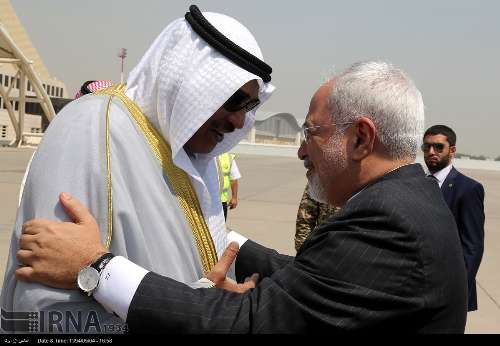 German Economy Minister Sigmar Gabriel arrived in Iran with an economic delegation on Sunday, becoming the first high-ranking western politician to visit the country after it struck a nuclear deal with world powers.

Iran’s nuclear conclusion is a model to resolve other crises: Mogherini

European Union Foreign Policy Chief Federica Mogherini has described the conclusion of nuclear talks between Iran and the P5+1 group as “a model” that the world countries can set to overcome crises.

Senior officials from Iran and Germany attended a joint economic session here on Monday after a closed-door meeting by Iranian Oil Minister Bijan Namdar Zangeneh and the visiting Deputy to Chancellor of Germany Sigmar Gabriel.

The Iran nuclear deal does not mean military action is off the table when it comes to stopping Tehran from obtaining an atomic bomb, U.S. Defence Secretary Ashton Carter said Sunday ahead of a visit to Israel.

The European Union approved the Iran nuclear deal with world powers on Monday, a first step toward lifting Europe’s economic sanctions against Tehran that the bloc hopes will send a signal that the U.S. Congress will follow.

Officials in Tehran say the country has serious plans to use the opportunities that the last week’s breakthrough in nuclear talks with P5+1 has provided to promote its domestic airline industry.

The UN Security Council (UNSC) has unanimously endorsed a draft resolution that would turn into international law the Joint Comprehensive Plan of Action (JCPOA) reached between Iran and the P5+1 group of countries over the Islamic Republic’s nuclear program.

Iranian envoy blasts US ambassador to UN for anti-Iran remarks

Iran’s Ambassador to the UN Gholam Ali Khoshrou strongly criticized the US Ambassador to UN Samantha Power for her allegations against Iran and accusing Tehran of ‘destabilizing the region and supporting terrorism’.

Iran’s foreign minister defended Tuesday what he said was a “balanced” nuclear deal with world powers, telling lawmakers there was a need to accept the negotiations had required compromise.

French Foreign Minister Laurent Fabius has announced a plan to visit Iran next week in the wake of a landmark breakthrough in the nuclear talks between the Islamic Republic and the P5+1 group of countries.

US will lose ‘all credibility’ if Congress rejects nuclear deal: Kerry

US Secretary of State John Kerry voiced concerned about the rejection of the Iran nuclear deal by the US Congress.

Iran has become the first among 130 developing countries in the world to put two strategic nuclear products ,namely enriched uranium and heavy water, up for sale, Head of the Atomic Energy Organization of Iran (AEOI) Ali Akbar Salehi said.

UN Special Envoy for Syria Staffan de Mistura unveiled plans for a new political procedure for ending the 4-year crisis in the Arab country, saying Iran can play a constructive role to that end. 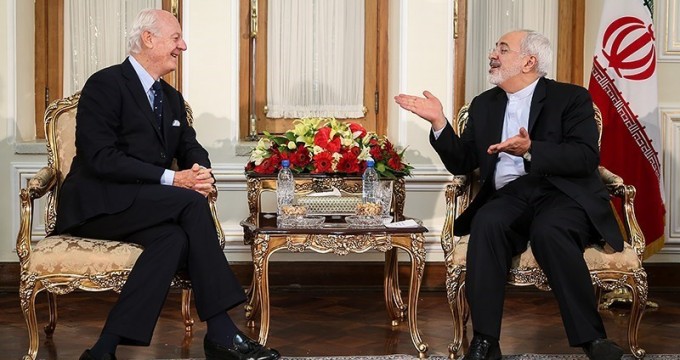 Iran does not expect change in US behavior following talks: Araqchi

Iranian Deputy Foreign Minister Seyyed Abbas Araqchi says Iran does not expect a change in the behavior of the United States following the successful conclusion of the talks between the Islamic Republic and the P5+1 group of countries, except in the area of Iran’s nuclear program. 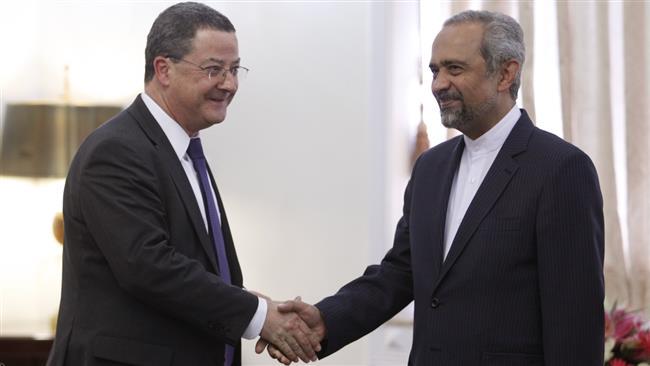 Iran and the International Atomic Energy Agency (IAEA) have no secret agreements between them, State Department spokesperson John Kirby said in a press briefing.

Margaret Chan, the head of World Health Organization (WHO), hailed Iran’s health reform plan as a good model to be followed in other countries. 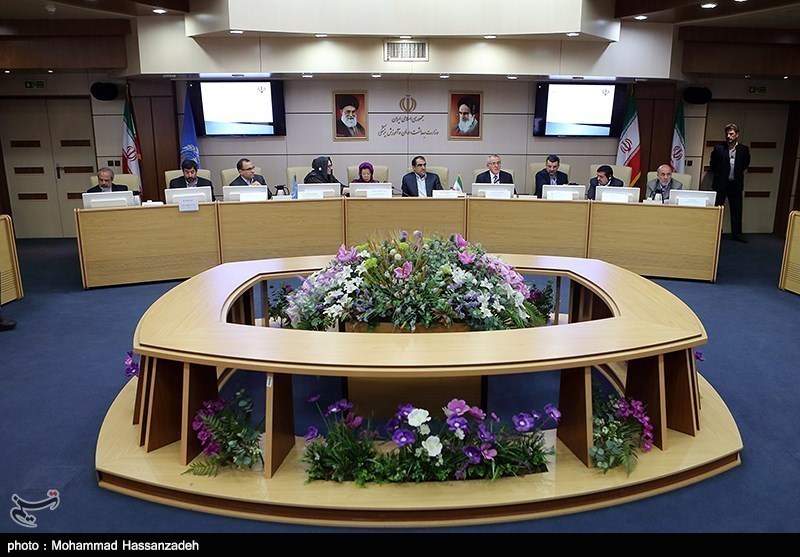 Iran to build specialized hospital for treatment of cancer patients

Head of Atomic Energy Organization of Iran (AEOI) Ali-Akbar Salehi said on Thursday that Iran has planned to build a modern hospital for treatment of cancer patients in near future.

Iran agreement showed language of threat should be dropped: Rouhani

Iranian President Hassan Rouhani says “the recent agreement” reached between Iran and the P5+1 countries over the Islamic Republic’s nuclear program conveyed the message that the language of threat against the country should be dropped.

Top officials and traders from Iran, Austria, France, the UK, Germany and other countries gather today at the two-day “Iran-EU Conference on Trade and Investment” held in the Austrian Federal Economic Chamber in Vienna, to discuss post-sanctions’ opportunities for cooperation.

Iranian Foreign Minister Mohammad Javad Zarif has repeatedly defended the Islamic Revolution Guard Corps (IRGC) in his private meetings with US Secretary of State John Kerry and in one of the meetings with P5+1 ministers in the last round of nuclear talks, a source close to the negotiating team said.

French President Francois Hollande on Thursday urged Tehran to contribute to the resolution of crises in the Middle East, his office said in a statement.

Vice-President for Science and Technology Sorena Sattari met and conferred with the Austrian President Heinz Fischer on bilateral cooperation in scientific and technological issues.

The Turkish government has confirmed that its warplanes have launched attacks on targets inside neighboring Syria said to be the positions of ISIL Takfiri terrorists.

A senior Iranian nuclear official says any visit to the Parchin military site near the capital, Tehran, will be carried out only based on a roadmap agreed upon by Tehran and the UN nuclear body aimed at sorting out outstanding issues regarding the Islamic Republic’s nuclear program.

Iran agreement no reason to forget hostile US past: Cleric

A senior Iranian cleric says a recent agreement reached between Iran and the P5+1 group of countries should not be a reason to forget the past hostile behavior of the United States toward the Islamic Republic. 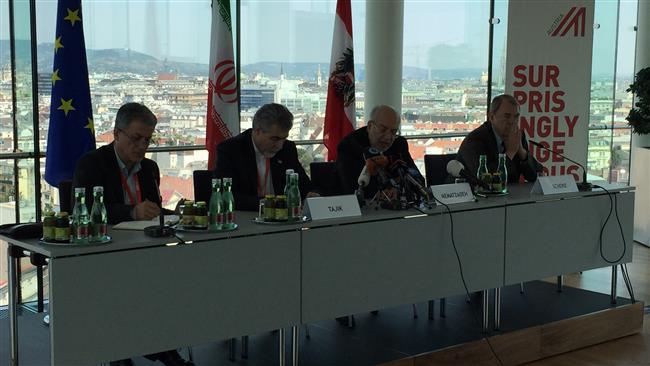 Iran’s Foreign Minister Mohammad Javad Zarif has dismissed recent remarks made by his US counterpart John Kerry as “incomplete hints” about some issues raised at the latest nuclear negotiations between Iran and the P5+1 group of countries.

Foreign Minister Mohammad Javad Zarif is due to launch the first stage of his new round of visits to regional countries on Sunday by visiting Kuwait, Qatar and Iraq.

Iran writes letter to IAEA over US official’s remarks

Iran blasts UNSC lack of political will on Palestine

The Iranian ambassador to the United Nations has blasted the UN Security Council for failing to show the necessary “political will” to defend the Palestinian people’s rights.

TEHRAN (Tasnim) – A group of Chinese parliamentary delegation will pay a visit to Tehran in coming weeks for talks on parliamentary and economic issues.

Austrian President Heinz Fischer will become the first European head of state to visit Iran following the successful conclusion of nuclear talks between the Islamic Republic and the P5+1.

French aviation delegation due in Iran

Secretary General of the Lebanese Resistance Movement of Hezbollah Sayyed Hasan Nasrallah said after signing of the nuclear deal last week, the US remains the Great Satan, rejecting claims that Iran will abandon the anti-Israeli occupation movement, Al-Manar TV reported on Saturday.

The UK has relaxed its official travel advisory on visiting Iran, but still urges caution while visiting several of the country’s border regions.

President Hassan Rouhani arrived in Sanandaj in western province of Kurdistan Sunday morning at the 20th leg of his provincial tours.

Iranian officials have rejected recent speculations that the value of the country’s assets frozen in overseas banks due to sanctions amount to above $100 billion. The Central Bank of Iran (CBI) – to which the bulk of frozen assets belongs – says only a total of $29 billion of Iranian cash have been blocked as the result of the sanctions.

Bahrain said on Saturday it had recalled its ambassador to Tehran for consultations, media reports said.

Differences existing between Iran and the US are too serious, deep-rooted and long-lasting to be settled easily, Iran’s Deputy Foreign Minister Abbas Araqchi said.