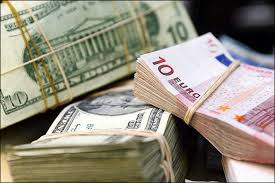 Iranian officials have rejected recent speculations that the value of the country’s assets frozen in overseas banks due to sanctions amount to above $100 billion.  The Central Bank of Iran (CBI) – to which the bulk of frozen assets belongs – says only a total of $29 billion of Iranian cash have been blocked as the result of the sanctions.

CBI Governor Valiollah Seif told the state TV on Saturday night that $23 billion of the total blocked assets belong to the bank.

He emphasized that the frozen assets will be deposited at the Treasury once released as the result of arrangements agreed on at the end of the recent nuclear talks between Iran and the P5+1group of countries.

Seif also said $6-$7 billion in government revenues from sales of crude oil to different international clients have also been blocked due to sanctions, adding that the amount will be provided to the government of President Hassan Rouhani once released – again as arranged between Iran and P5+1.

The remarks of the CBI chief came in response to recent remarks by US officials that the historical nuclear breakthrough in Vienna between Iran and P5+1 would eventually lead to the unblocking of above $100-$150 billion of frozen Iranian assets.

Also, there are reports that President Rouhani has issued a directive to lock the billions of dollars that will be released to Iran and use them only for promoting industrial output as well as the development of the country’s infrastructure.

The removal of sanctions – which is expected to start before the end of 2015 – will lead to the unfreezing of Iranian assets that had been blocked in overseas accounts over the past years.