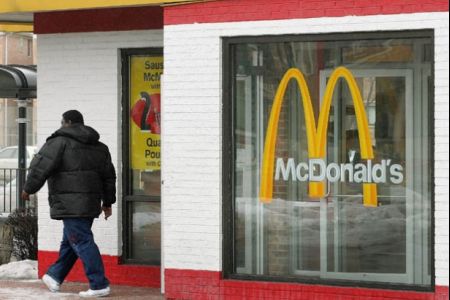 Iranian officials say they have provided no authorization for the American fast-food giant McDonald’s to operate in the country.

Mojtaba Khosrotaj, Iran’s deputy industry minister, told reporters on Saturday that any international restaurant brand will be required to receive a license from a related guild in order to launch its business in Iran.

“No request has been filed by McDonald’s to start operating in Iran and no authorization to the same effect has been issued so far,” said Khosrotaj.

The official’s remarks follow reports that McDonald’s, the world’s largest fast-food chain by market value, is trying to obtain the license to open branches across Iran. This came in the aftermath of the breakthrough in Vienna earlier this month between Iran and the P5+1 group of countries over the Iranian nuclear energy program.

The company, which had stores in Iran before the 1979 Islamic Revolution, has been quoted by US media as saying that it has no plans to return. But it has fed speculations, as reported by the Los Angeles Times, by posting on its website an application that would-be franchisees can fill out in case plans change.

McDonald In Iran, Mojtaba Khosrotaj July 26, 2015
Iran’s coverage: Iran will not give in to pressure: Rouhani
Weekly Report: From endorsing JCPOA to Zarif regional tour