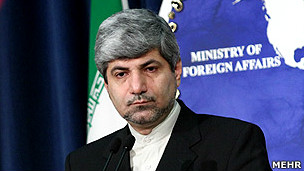 TEHRAN, Jul. 25 (MNA) – Iran’s ambassador to Poland announced on Friday the launch of Iran-Poland joint chamber of commerce in near future.

Mehmanparast underlined that Poland could be a major economic partner for Iran which is the first step to boost bilateral trade between the two countries.

Speaking in a joint press conference with the Polish deputy prime minister and economy minister in Poland’s Ministry of Economy, Ramin Mehmanparast said that the nuclear deal which leads to lifting unjustly imposed sanctions, provides an appropriate opportunity for Polish firms to boost economic ties with Iran.

Janusz Piechocinski, the Polish Deputy Prime Minister and Minister of Industries, Mines, Trade, Power Plants and Energy, for his part, said that the Iran-5+1 nuclear deal is good for the world and the entire region, considering it a positive step towards expansion of economic, cultural and political relations between the two countries.

He announced his country’s willingness to dispatch a major economic delegation inclusive of merchants and major Polish industrialists to Iran in early fall season of 2015, as well as a large group of Polish reporters to personally visit the natural and tourism attractions of Iran.