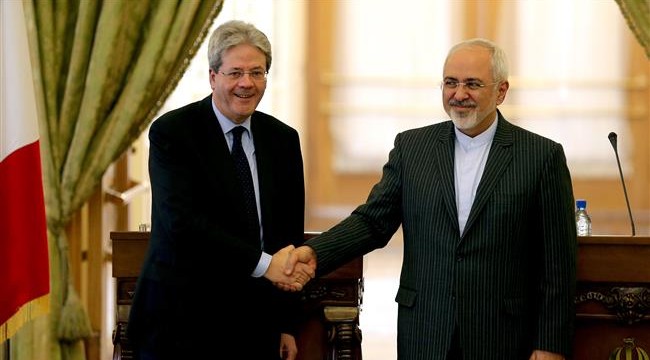 Italian Foreign Minister Paolo Gentiloni is due to travel to Iran next month in the wake of a landmark breakthrough in the nuclear negotiations between the Tehran and the P5+1 group of countries.

Gentiloni trip to Iran would take place on August 4 and 5, Italy’s Foreign Ministry said on Friday.

The top diplomat announced the planned visit and the dates in a message posted on Twitter on July 17, but the foreign ministry did not confirmed it until Friday “for security reasons.”

Gentiloni had also traveled to Iran earlier this year.

The office of EU foreign affairs chief Federica Mogherini also said on Thursday that the Italian official would pay a visit Iran on Tuesday.

Her office noted in a statement that Mogherini’s visit “will provide an opportunity for exchanges on the implementation of the agreement, on which the High Representative will continue to play a coordinating role, and on regional and bilateral issues.”

Iran and the P5+1 countries – the United States, Britain, France, China and Russia plus Germany – succeeded in finalizing the text of an agreement, dubbed the Joint Comprehensive Plan of Action (JCPOA), in Vienna on July 14 after 18 days of intense negotiations and all-nighters that capped around 23 months of talks between Iran and the six other countries. The EU also played a leading role in the talks.

Austrian President Heinz Fischer is also expected in Iran from September 7 to 9.

The high-powered trips to Tehran come as many Western companies had been keeping a keen eye on the talks between Iran and the P5+1, looking for enhanced trade opportunities in the country in case of a breakthrough in the diplomatic efforts.