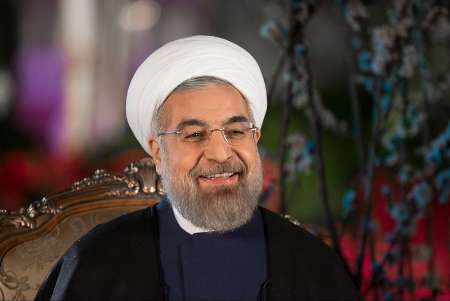 U.S. Secretary of State John Kerry and Iranian President Hassan Rouhani both counter-attacked on Thursday against conservatives at home who are trying to block last week’s nuclear deal.

In Washington, Kerry told skeptical lawmakers that rejection of the accord would give Tehran “a great big green light” to accelerate its atomic program.

Rouhani, elected two years ago on a promise to reduce the international isolation of the country of nearly 80 million people, defended the agreement following criticism from the Revolutionary Guards and conservative lawmakers that it endangers Iran’s security.

In an unlikely common cause, the U.S. and Iranian governments need to sell the agreement to domestic doubters if it is ever to achieve both sides’ respective aims – curbing Tehran’s nuclear program in return for an easing of sanctions which have badly hurt the Iranian economy.

Testifying to Congress, Kerry fought back against accusations by a senior Republican that he had been “fleeced” by Iranian negotiators in the final round of the Vienna talks.

He warned of the consequences of rejecting the deal between Tehran and world powers including the United States.

“We will have squandered the best chance we have to solve this problem through peaceful means,” he told the Senate Foreign Relations Committee.

“The fact is that Iran now has extensive experience with nuclear fuel cycle technology,” he said as Congress began a 60-day review of the deal to decide whether to support or reject it. “We can’t bomb that knowledge away. Nor can we sanction that knowledge away.”

Opening the hearing, the committee’s Republican chairman, Bob Corker, attacked Kerry over the terms he secured in Vienna. “I believe that you’ve been fleeced,” said Corker.

Treasury Secretary Jack Lew also said the agreement would not prevent the United States from imposing additional sanctions on Iran over issues such as human rights violations – a Congressional concern – if it felt this was necessary.

Despite the rough ride in the Republican-controlled Congress, President Barack Obama says he will veto any attempt to block the agreement. Overriding such a veto would require a two-thirds majority in both houses, which means dozens of Obama’s fellow Democrats would have to reject a signature achievement of their president to kill the deal, seen as an unlikely prospect.

Opposition is similarly stiff in Iran, even though many people there hope the accord will deliver prosperity by bringing an end to the sanctions and the country’s economic isolation.

Supreme Leader Ayatollah Ali Khamenei, a conservative cleric whose authority supersedes that of the elected president Rouhani, has yet to deliver a final verdict on the deal.

Conservative members of parliament and Revolutionary Guards commanders say the deal has breached conditions set by Khamenei, and want changes.

Rouhani rejected such doubts. “The agreement conveyed this message to the world: Never threaten an Iranian anymore,” he said in a speech broadcast live on television.

“This agreement sent the message to the world that the most difficult and complex international issues can be resolved through negotiations. Iran’s path is a path of moderation.”

Chiding the critics, Rouhani said he had noted some Iranian officials were “scrutinizing one by one the terms of the deal” and a subsequent resolution endorsing it which the United Nations Security Council passed on Monday.

“That’s good but what has happened is more valuable and more significant than that,” he said.

Many analysts see the chance of the Iranian leadership eventually rejecting the accord as small, since Tehran needs the lifting of sanctions to help its isolated economy.

The debate over the details largely reflects internal rivalries in Iran’s cumbersome dual system of clerical and republican rule, in which factions jostle to gain maximum benefit from the deal while deflecting blame.

Iran’s procedures for ratifying the accord are not known in any detail. Whatever the eventual role of bodies such as parliament or the National Security Council, the deal will have to be approved by Khamenei, the country’s highest authority.

Kerry also has to sell the agreement to U.S. allies in the Middle East. Israel is strongly and publicly opposed, and Washington’s Sunni Muslim-ruled Arab allies, led by Saudi Arabia, are also wary about an arrangement that would benefit their rival, Shi’ite Iran.

In Jeddah, Saudi Foreign Minister Adel al-Jubeir told reporters that his country hoped the deal would curb rather than expand “Iran’s interference in the region’s affairs”.

“We hope that Iran will make use of the deal’s fruits to re-build their country and to improve their people’s quality of living, not to use it to conduct more subversion in the region.”

Jubeir added that any agreement should guarantee Iran’s inability to get nuclear weapons and allow inspection of “all locations including the military locations”.

The Revolutionary Guards do not want any inspection of their military sites and say they will not bow to any restriction on Iran’s missile program and arms imports. The deal leaves U.N. restrictions on missiles and weapons in place for several years.

The main financial sanctions, which have severely hurt Iran’s economy since 2012 after they were tightened by the United States and European Union, are unlikely to be removed until next year, as nuclear inspectors must first confirm Iran is complying with the deal.

But Minister of Industry, Mines and Trade Mohammad Reza Nematzadeh outlined plans to rebuild Iran’s main industries and trade relationships following the deal, saying it was targeting oil and gas projects worth $185 billion by 2020.