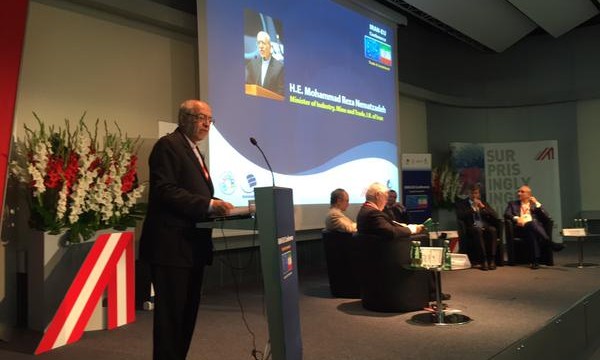 Top officials and traders from Iran, Austria, France, the UK, Germany and other countries gather today at the two-day “Iran-EU Conference on Trade and Investment” held in the Austrian Federal Economic Chamber in Vienna, to discuss post-sanctions’ opportunities for cooperation.

President Hassan Rouhani thanked Iran’s nuclear team for their efforts in the negotiations with the world powers which led to a good and win-win final agreement between Tehran and the Group 5+1.

U.S. lawmakers skeptical about the nuclear deal with Iran promised to press senior Obama administration officials to make more information about it public at a Senate hearing on Thursday as Congress begins its two-month review of the agreement.

Iran outlined plans on Thursday for the rebuilding of its core industries and trade links in the wake of a nuclear agreement with world powers, saying it was targeting oil and gas projects worth $185 billion by 2020.

President Hassan Rouhani, stepping up his defense of a nuclear deal under attack by Iran’s conservatives, said on Thursday the historic agreement with world powers was “more valuable” than a domestic debate about its fine details.

Margaret Chan, the head of World Health Organization (WHO), hailed Iran’s health reform plan as a good model to be followed in other countries.

President Hassan Rouhani said on Thursday that experience of the nuclear deal struck on July 14 indicated that the most omplicated global problems would be settled at the negotiating tables.

The European Union’s top diplomat is to visit Iran and Saudi Arabia next week to discuss the nuclear deal between Iran and world powers.