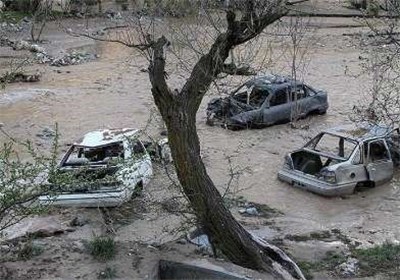 According to Arash Rahmati, a medical official in Alborz province, the flood took place on Sunday in Sijan, 19 kilometers into Karaj-Chalus Road, which connects Karaj to northern Iranian province of Mazandaran.

Rahmati told the Tasnim News Agency that 8 people have been wounded and 3 have died so far, adding, “It is possible that the number of victims increases.”

12 ambulances and 1 ambulance bus have been dispatched to the scene, and rescue and relief forces are still active in the area, Rahmati added.

Nasiri announced that 14 rescue vehicles, 5 ambulances, and 2 rescue units, among others, have been dispatched to Sijan so far, and rescue teams are still searching the riverbanks for missing people.

Also on Sunday severe storms struck the capital city and nearby areas.