Top Iranian negotiator says he’s hopeful but there is no guarantee that the deal is to be announced Monday. Rohani office on reports he will speak at 5:30 P.M. GMT: He will address the nation when talks are over.

Israel’s prime minister opened a Twitter account in Farsi on Monday, seeking to reach out to the Iranian public as world powers were getting closer to a nuclear deal with the Islamic Republic. 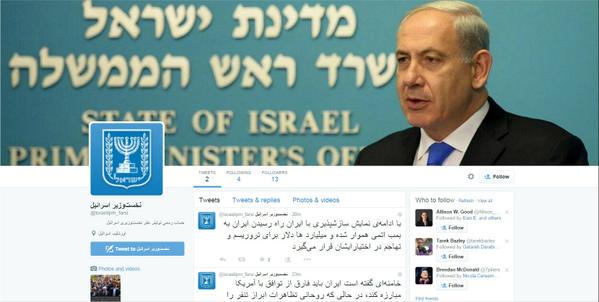 Prison sentences have been handed down to five people for their involvement in the unrest that followed Iran’s 2009 presidential election, says a judicial source.

World powers have reached a landmark nuclear deal with Iran

A senior diplomat says a landmark Iran nuclear agreement was reached Tuesday after clearing final obstacles. The diplomat says it includes a compromise between Washington and Tehran that would allow U.N. inspectors to press for visits to Iranian military sites as part of their monitoring duties.

Director General of the International Atomic Energy Agency Yukia Amano said he has signed an agreement with Iran on a roadmap for probable military aspects of Iran’s nuclear activities.

Iran’s foreign minister and the European Union’s foreign policy chief said a nuclear deal between Iran and six powers sealed on Tuesday heralded a new chapter of hope and was a historic moment.

The deal with Iran is based on verification mechanism and not trust, US President Barack Obama said speaking from the White House after the Vienna talks’ success, in an apparent deflection of criticisms his administration faces over the agreement.

Iranians poured onto the streets of Tehran after the Ramadan fast ended at sundown Tuesday to celebrate the historic nuclear deal agreed earlier with world powers in Vienna. 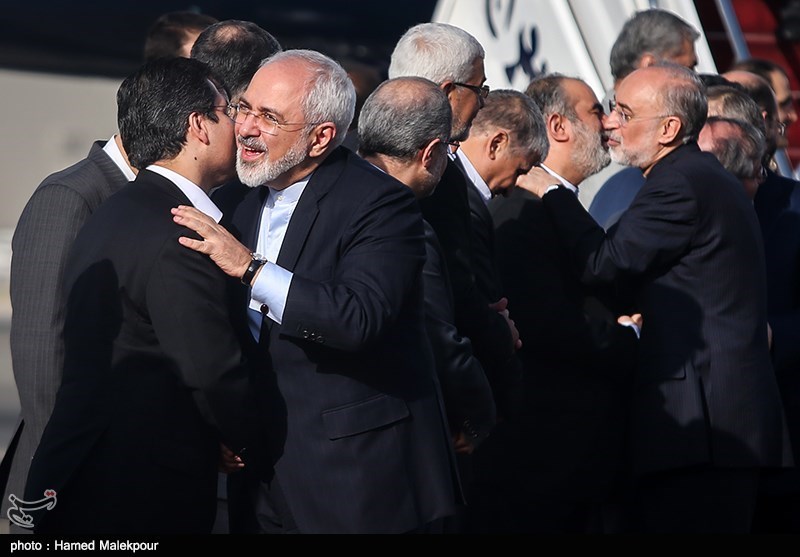 “It removes the barriers – largely artificial – on the way to a broad coalition to fight” ISIL and other terrorist groups, said Lavrov in a ministry statement issued on Tuesday.

French Foreign Minister Laurent Fabius says he will pay a visit to Iran upon an invitation by his Iranian counterpart Mohammad Javad Zarif, following the conclusion of nuclear talks between Tehran and the P5+1.

He made the remark here on Wednesday morning while talking to reporters upon arrival from the Holy city of Mashhad where the shrine of the eighth Shiite Imam Reza lies. The Iranian nuclear negotiators left Vienna Tuesday night for Mashhad and then flew to Tehran on Wednesday morning after visiting the shrine.

Head of Iranian negotiating team in a message on Wednesday thanked the Supreme Leader, the President and the nation, and various concerned organization, for constant support for the Iranian team.

Iran deal not aimed at normalizing US relations with Tehran – Obama

The Iran deal reached in Vienna on Tuesday is not aimed at normalizing relations between Washington and Tehran, US President Barack Obama told reporters on Wednesday.

Vladimir Putin and his US counterpart Barack Obama discussed Tuesday’s Iran nuclear deal over the phone.

Obama: Iran deal is only alternative to more Mideast war

President Barack Obama, seeking to sell the Iran nuclear deal to skeptical U.S. lawmakers and nervous allies, insisted on Wednesday the landmark agreement was the only alternative to a nuclear arms race and more war in the Middle East.

The United States has presented a draft resolution to the United Nations Security Council that would endorse the Iran nuclear agreement and remove all international sanctions against Tehran related to its nuclear energy program.

Britain’s Foreign Secretary Philip Hammond says Israel seeks a “permanent standoff” with Iran, noting that the Tel Aviv regime would not have welcomed any kind of conclusion to the nuclear talks between Iran and the P5+1 group.

The Omani foreign minister has hailed the recent conclusion of negotiations between Iran and the P5+1 group of countries over Tehran’s nuclear program, saying the talks marked a turning point in global diplomacy.

The U.N. Security Council scheduled a vote for first thing Monday morning on a resolution endorsing the Iran nuclear deal.

Iranian President Hassan Rouhani says the conclusion of Iran’s nuclear talks with world powers would contribute to the promotion of Tehran-Ankara ties.

Iran will accept a nuclear deal with global powers only if sanctions are lifted immediately, frozen revenues are returned and the Islamic Republic’s revolutionary ideals are preserved, a senior cleric told worshippers at Friday prayers in Tehran.

Iranian Muslims on Saturday celebrated the religious festivity of Eid al-Fitr, marking an end to the holy month of Ramadan by taking part in nationwide prayers.

Iranian President Hassan Rouhani says the conclusion of nuclear talks between Iran and the P5+1 group of countries will benefit the entire region.

Rouhani: Nuclear deal a prelude to next stages

President Hassan Rouhani said on Saturday that the nuclear deal reached with world major powers is a prelude to the incoming phases.

Congressional vote on Iran would be ‘devastating’ for US: White House

If Congress goes ahead with Iran vote, and lawmakers reject the successful conclusion of nuclear talks, it will be “devastating” for the United States’ global standing, the White House says.

Supreme Leader of the Islamic Revolution Ayatollah Seyed Ali Khamenei described unity as the only solution to the problems the Muslims are facing, saying the “arrogant powers” have created religious wars in the Islamic countries to divert attention from the fight against Israel.

Iran to build most specialized nuclear hospital in Western Asia

Head of the Atomic Energy Organization of Iran (AEOI) Ali Akbar Salehi announced that Iran plans to construct the most specialized nuclear hospital of Western Asia in Tehran.

Apple is talks with Iranian distributors to potentially sell products in the country, The Wall Street Journal reports, citing people familiar with the matter.