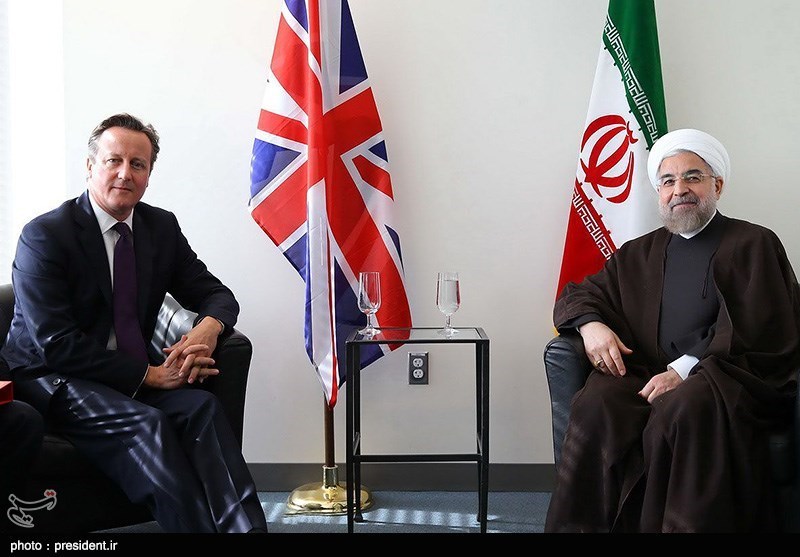 Tehran, July 17, IRNA – President Hassan Rouhani in a telephone conversation with British Prime Minister David Cameron on Thursday evening underlined that the negotiating sides’ fulfillment of their commitments will be the main point of success in implementation of final deal.

‘We are happy that we reached win-win result in these negotiations; therefore, all countries of the Group 5+1 should do their best to implement the next phases of the nuclear agreement,’ President Rouhani said during the phone conversation.

The Iranian president thanked Britain for its constructive role in the negotiations, and said, ‘Both sides’ fulfillment of their commitments is their main cause of success in implementation of the negotiations.’

As with regard to Tehran-London relations, President Rouhani said, ‘ We favor bilateral relations based on mutual respect and we think that they have the needed capacities for reconstruction of Iran-Britain relations.’

The Iranian president pointed to the regional crisis and the destructive role of terrorist groups, and said, ‘Today the terrorist groups of Al-Qaeda and the ISIL and the like are active in the entire region and playng with fire which is dangerous for the region.’

Cameron pointed to the fight against terrorism, and said, ‘We also consider terrorists as very dangerous and we should take measures to eradicate them; we know that this is very dangerous for the entire region and this should be confronted.’

The two sides also discussed the reopening of their embassies, and the y expressed the hope that the two countries’ foreign ministries could take some measures in this regard.