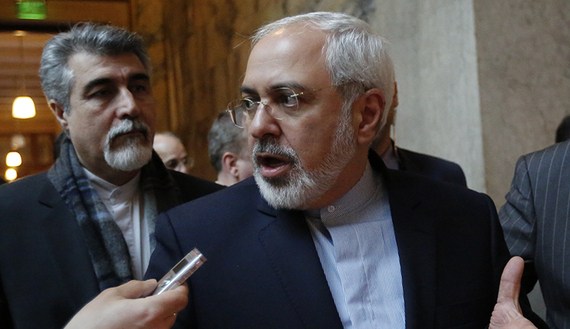 “Undoubtedly, with the diplomatic settlement of a manufactured crisis over Iran’s nuclear program, a suitable opportunity has been provided for regional and international cooperation,” Zarif said in a message to foreign ministers of Muslim countries on the occasion of Eid al-Fitr, which marks the end of the fasting month of Ramadan.

He expressed confidence that the conditions created following the conclusion of Iran’s nuclear talks would lead to the further development of relations at the bilateral and regional level.

The Iranian foreign minister also voiced hope for security, prosperity and peace in Islamic countries as well as an end to acts of extremism and violence against Muslims.

On July 14, Iran and the P5+1 group — the United States, Britain, France, China, Russia and Germany — reached a conclusion on the Joint Comprehensive Plan of Action (JCPOA) in the Austrian capital city of Vienna following 18 days of talks over Tehran’s nuclear program.

Based on the nuclear conclusion, limits will be put on Iran’s nuclear activities in exchange for the removal of sanctions, including all economic and financial bans, against the Islamic Republic.

The UN Security Council is now expected to vote on the conclusion on Monday, according to diplomats.