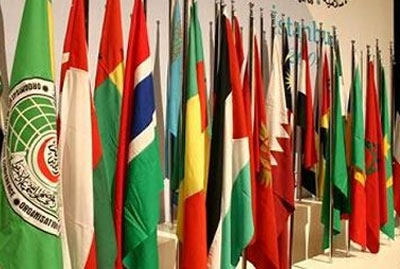 Tehran, July 15, IRNA – The Organization of Islamic Cooperation has expressed the hope that signing of the agreement on Iran’s peaceful nuclear program would lead the Middle East region to peace and stability.

The OIC General Secretariat expressed its hope that in the agreement that has been reached between the six major powers (5 +1) and the Islamic Republic of Iran on the Iranian nuclear file, and in adhering to its provisions, there would be a pathway to the security and stability of the region, OIC website reported on Wednesday.

‘The Secretary General of the OIC, Iyad Ameen Madani, conveyed his hopes that the momentum of the Agreement would move forward a new political paradigm in the region in place of strife and unrest that has become a major threat to the peace and security of the region and the world. He underlined OIC’s continued efforts to be a platform for such a paradigm.’

Madani also stressed the priority of addressing economic integration and fostering the necessary environment for sustainable development in the region, releasing the energies of its people towards construction and creation, away from sectarianism and division; emphasizing the keenness of the OIC to strengthen economic and trade activity between the Member States in accordance with the agreements, economic programs and instruments adopted by the organization, an OIC press release said.

‘The Secretary General also reiterated the OIC’s stand on the need to respect the inalienable right of developing countries for conducting research on nuclear energy, its production and use for peaceful purposes without discrimination and in accordance with the Treaty on the Non-Proliferation of Nuclear Weapons (NPT).’

Madani called on the international community to pursue with the same diligence and zest, that resulted in the Agreement, to obliging Israeli regime to join the NPT and put its nuclear arsenal under the full and comprehensive supervision of the United Nations; and towards the establishment of a nuclear-free zone in the Middle East for the sake of peace, security and stability in the region and the world.