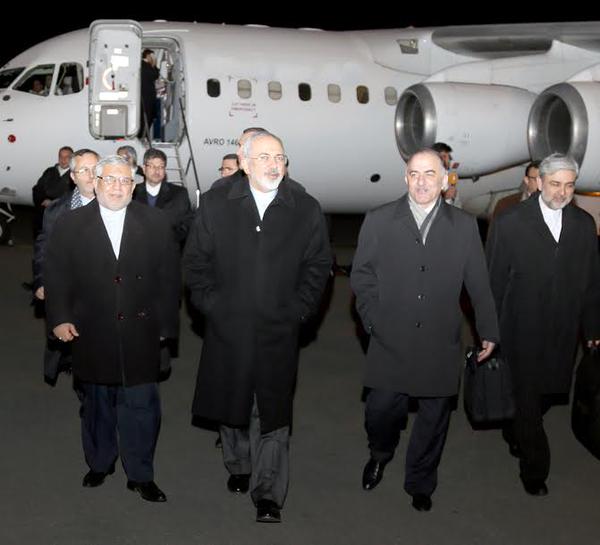 Concluding 18 days of tight-scheduled negotiations with the representatives of six world powers during the eight rounds of nuclear talks, the team left Vienna for Tehran Tuesday night.

Members of the team visited the holy shrine of Imam Reza in Mashhad first and then flew to Tehran on Wednesday morning.

A number of Iranian officials accompanied by families of the martyrs who sacrificed their lives to safeguarud Iran’s atomic achievement were in the airport to welcome the team members.

Iran and the G5+1 countries – the United States, Britain, France, Russia and China plus Germany – finally arrived at a deal on July 14 which is likely to put an end to 13-year nuclear dispute.

Iran deal is over 100 pages including the context and its annexes which were agreed upon by all the negotiating parties.

Zarif underlined on Tuesday that reaching a deal with the world powers is not an end, but should be seen as the beginning of Iran’s further interactions with the world.

He said the deal is not a ceiling but a solid foundation.

We must now begin to build on it,’ Zarif wrote on his Twitter account after reaching a landmark nuclear deal with world powers.