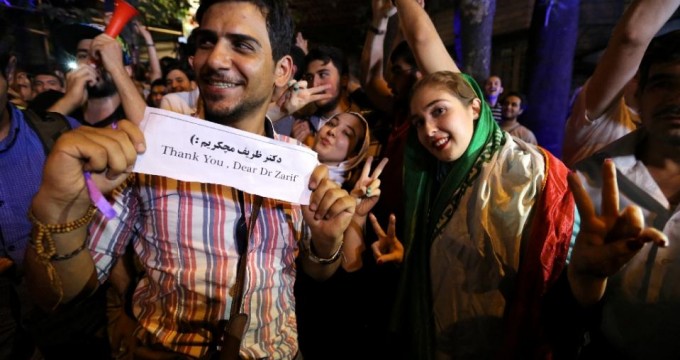 Tehran (AFP) – Iranians poured onto the streets of Tehran after the Ramadan fast ended at sundown Tuesday to celebrate the historic nuclear deal agreed earlier with world powers in Vienna.

Shortly after the end of the daytime fast, an AFP reporter saw hundreds of people taking to the capital’s main throughfare, Vale-Asr Avenue, with cars sounding their horns.

“If you look at the street tonight it’s because we are happy,” enthused Giti, a 42-year-old woman who has lived in Canada and the United States and who had been thinking of going back to North America before the deal was struck.

“Maybe the economy is going to change, especially for the young people. I was thinking about leaving, but now I will stay to see what happens,” she said.

Earlier on Tuesday, Iran and the world powers reached a deal in the Austrian capital after marathon talks on Tehran’s controversial nuclear programme that has poisoned international relations for 12 years.

The agreement makes it almost impossible for Iran to build an atomic bomb for several years, in exchange for a gradual lifting from 2016 of international sanctions that have been suffocating the country’s economy.