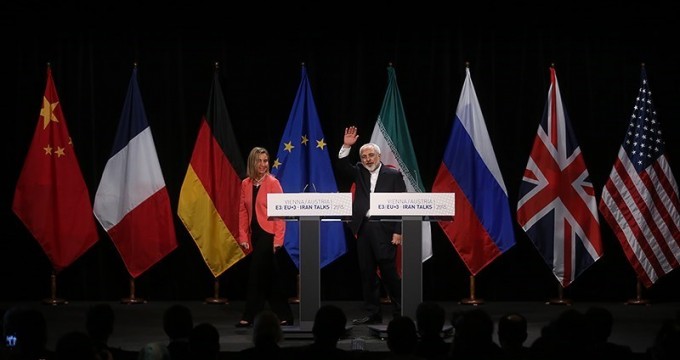 Iran and the European Union say the conclusion of nuclear talks between the Islamic Republic and six world powers marks a “historic day” after more than a decade of intensive talks.

“This is an historic day also because we are creating the conditions for building trust and opening a new chapter in our relationship,” said a statement read by EU foreign policy chief Federica Mogherini and Iran’s Foreign Minister Mohammad Javad Zarif in Vienna on Tuesday.

The statement acknowledged the difficulty of negotiations over the past years, adding, “But despite all twists and turns of the talks, and the number of extensions, hope and determination enabled us to overcome all the difficult moments.”

It described the conclusion of talks as a “good deal for all sides – and the wider international community.”

Iran and the P5+1 group of world powers reached agreement on Joint Comprehensive Plan of Action (JCPOA) , which will put limits on Iran’s nuclear program in exchange for the removal of sanctions against the Islamic Republic.

The agreement will, according to Iranian officials, be presented to the United Nations Security Council (UNSC), which will adopt a resolution in seven to 10 days making the JCPOA an official document.

Based on the agreement, which has been concluded with due regard for Iran’s red lines and is considered a nuclear achievement for the country, the world powers recognize Iran’s civilian nuclear program, including the country’s right to the complete nuclear cycle.
The UNSC sanctions against the Islamic Republic, including all economic and financial bans, will be lifted at once under a mutually agreed framework and through a new UN resolution.

None of the Iranian nuclear facilities will be dismantled or decomissioned.

Furthermore, nuclear research and development activities on all types of centrifuges, including advanced IR-6 and IR-8 machines, will continue.

The nuclear-related economic and financial restrictions imposed by the United States and the EU targeting the Iranian banking, financial, oil, gas, petrochemical, trade, insurance and transport sectors will at once be annulled with the beginning of the implementation of the agreement.

The arms embargo imposed against the Islamic Republic will be annulled and replaced with certain restrictions, which themselves will be entirely removed after a period of five years.

Additionally, tens of billions of dollars in Iranian revenue frozen in foreign banks will be unblocked.

A total of 800 natural persons and legal entities, including the Central Bank of Iran (CBI), the Islamic Republic of Iran Shipping Lines and the National Iranian Oil Company (NIOC), will be taken off sanctions lists.