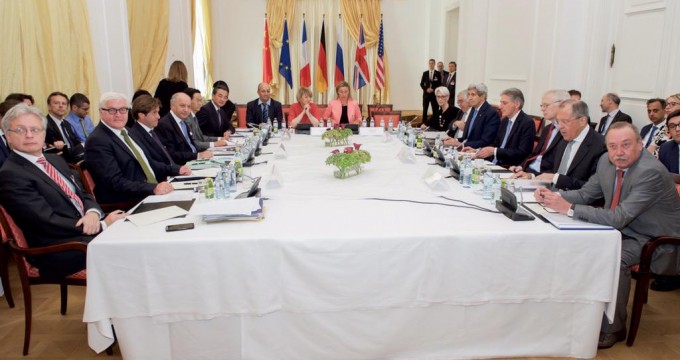 ranian Foreign Minister Mohammad Javad Zarif, EU foreign policy chief Federica Mogherini and US Secretary of State John Kerry are scheduled to hold talks in the Austrian capital as part of negotiations between Iran and the P5+1.

The three top diplomats will sit down in Vienna later on Sunday once deputies and experts finish their talks on the remaining issues regarding the text of a possible deal between Iran and the P5+1.

Zarif, Kerry and Mogherini held a meeting in Vienna on Saturday.

Representatives from Iran and the five permanent members of the UN Security Council – the United States, Britain, France, Russia and China – plus Germany have been holding intensive talks at the Palais Coburg in Vienna for almost two weeks to hammer out a final deal.

Both sides have cited progress in the talks over a number of sticking points and are trying to iron out the remaining disagreements.

The negotiations are based on a mutual understanding reached in the Swiss city of Lausanne in April.