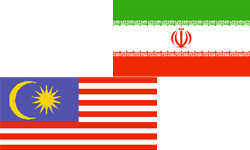 Speaking to IRNA, he said that Iranian Embassy officials raised complaints of Iranian nationals living in Malaysia with the senior officials of Malaysia on refusal of the Malaysian banks to deliver banking services.

Iranian expatriates having stay permit and authorized to carryout business and commercial activities in Malaysia and the students having admission of Malaysian universities have not problems to take advantage of banking facilities in the country, he said.

Talks with officials at CIMB bank helped remove misunderstanding between the two sides, he said.

CIMB bank had sent 14-day warnings to some of its customers such as Iranian businessmen and university students to update their banking information which was very questionable, he said.

In case of any banking problems, the Iranian nationals residing in Malaysia can contact the economic section of Iran Embassy in Kuala Lumpur, he said.