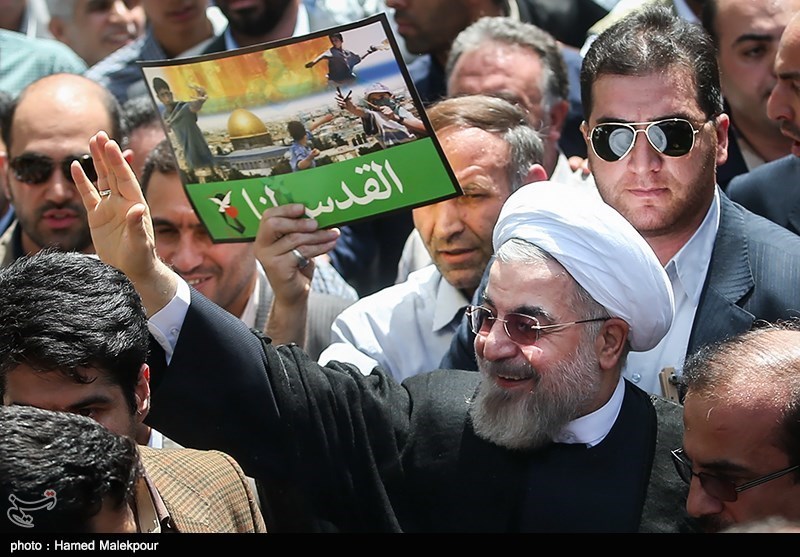 Tehran, July 10, IRNA – President Hassan Rouhani attended the nationwide ‘Quds Day’ rallies in Tehran on Friday.
Millions of Iranians have taken to streets all over the country to show their full support for the oppressed Palestinian nation against Israeli occupation and aggressions.

In a statement earlier, President Rouhani called for high turnout in the International Quds Day rallies to be held on the last Friday of the holy fasting month of Ramdan.

He stressed that active participation in the rallies means more voices raised in support of the defenseless Palestinians.

The President reiterated that the huge public turnout in the global ceremonies to be held on the occasion will deliver a stronger message to the usurper regime of Israel that its aggressive massacre and occupation will end soon.

The International Quds Day is an annual event intiated by the late Founder of the Islamic Republic, Imam Khomeini, in 1979 as a way to express solidarity with the Palestinians and underscoring importance of the holy Quds to Muslims. It is also a chance to show Muslims hatred towards atrocities of the Zionist regime against the Palestinian nation.