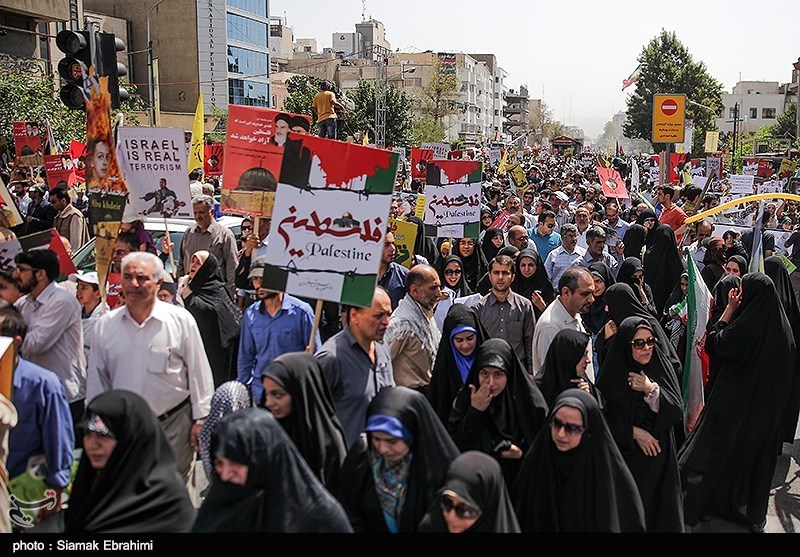 Millions of Iranians have taken to the streets across the country on International Quds Day in solidarity with the oppressed Palestinian nation.

Iranians from all walks of life have turned out in droves in the capital, Tehran, and in over 770 towns and cities across the country to show support for Palestinians in the face of Israel’s crimes and atrocities.

Iranians in the capital city of Tehran mark the International Quds Day, July 10, 2015.

Hundreds of local and foreign journalists are covering the rallies on International Quds Day.

Meanwhile, millions of people in other countries are also marking the occasion by turning out en masse to vent their anger at the Israeli regime.

Imam Khomeini, the late founder of the Islamic Republic, named the last Friday of the lunar fasting month of Ramadan as International Quds Day. The event fell on July 10 this year.

Each year, millions of people around the world stage rallies on this day to voice their support for the Palestinian nation and repeat their call for an end to the Tel Aviv regime’s atrocities and its occupation of the Palestinian territories.