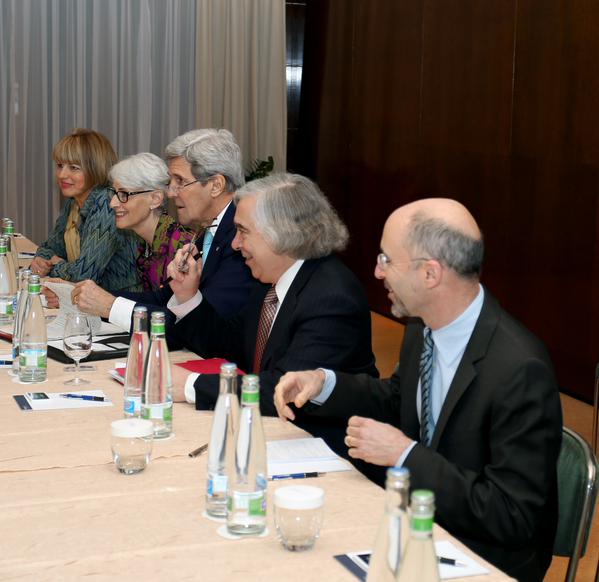 VIENNA (AP) — The Iran nuclear talks have once again been extended – this time until Friday. But instead of just counting the time of the marathon talks in days, the U.S. delegation has found new ways of measuring. Its list, presented Tuesday:

Trips to Vienna this year- 6.

Times flown over the Atlantic Ocean since the start of talks on a comprehensive deal in February 2014 – 69.

Distance flown since then – one delegation member’s estimate is 400,000 miles, or 16 times around the earth.