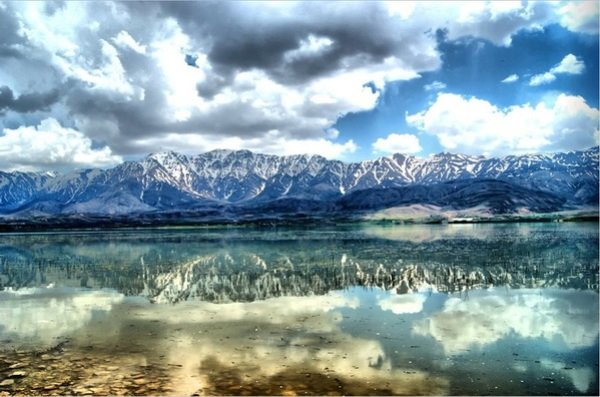 A plan to help restore and preserve Iran’s wetlands, prepared by the Rouhani administration, has been sent to the Parliament for review. The plan was proposed by the Department of Environment and approved by the Cabinet on May 10, ILNA reported late Saturday.

Under the theme ‘Preservation, Restoration and Management of Iran’s Wetlands”, the plan calls for curbing large-scale economic activities, such as mining and agriculture, in the vicinity of wetlands, and urges all related and relevant activities comply with environmental norms and regulations.

Those found in breach will be prosecuted and also fined three to five times the amount of damage caused. Repeat offenders will be forced to pay six to eight times.
Revenue from the penalties will be used to augment the task of preserving and reviving endangered wetlands.

Iran is blessed with a plethora of wetlands, which are ecologically-rich habitats. Due to human activities and natural phenomena, wetlands such as Hoor al-Azim in Khuzestan Province and Hamouns in Sistan-Baluchestan Province have lost a considerable amount of water and are in danger of total desiccation. During the 10th National Environment Awards held in June to commemorate World Environment Day, President Hassan Rouhani said protecting the environment is his administration’s priority and labeled his government “environmentally-friendly”.

The government and the DoE have come under growing pressure in recent months from NGOs and prominent environmentalists to take effective action to protect and preserve the wetlands and check environmental degradation.

The administration in general and the embattled DoE in particular have often pledged to tackle the issue with added resolve and determination. However, the DoE has done little if anything of substance in this key area of growing concern.