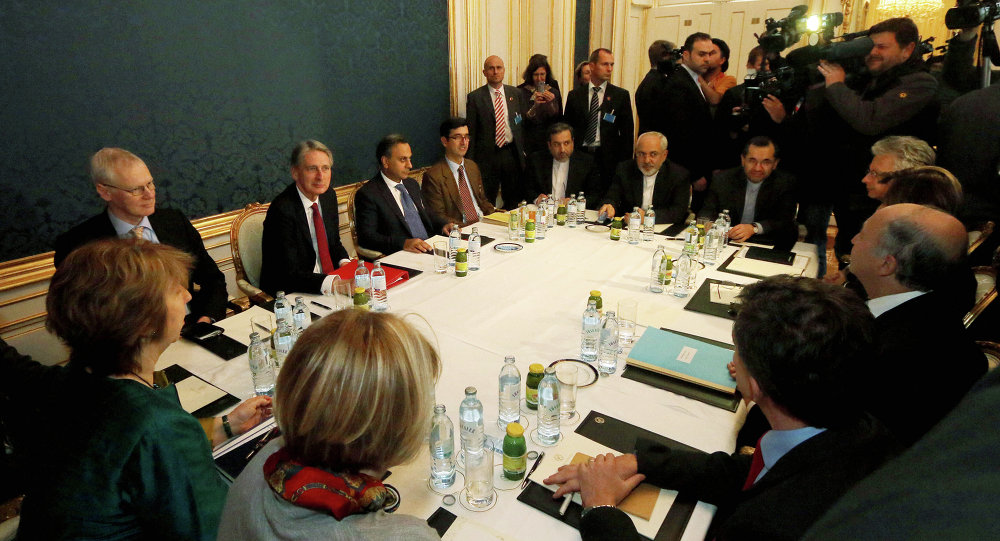 VIENNA (Sputnik) — The work is still under way, and the deal is expected to be signed a few days after the deadline.

Negotiators from Russia, China, France, Germany, the United Kingdom, the United States and Iran convened in Vienna last week to iron out the remaining differences and reach a final agreement with Iran to guarantee the peaceful nature of its nuclear program, putting an end to a decade-long standoff.

The foreign ministers of the negotiating states, apart from Russia and China, arrived in Vienna over the weekend and left to return later, when the text of the agreement is about to be finalized. Russia’s foreign minister will join the talks on Tuesday. China is currently represented by its vice foreign minister.

Political directors and experts have worked on the text of the agreement in recent days. The two main remaining issues are the timing of the lifting of the sanctions and the scale of the IAEA inspections of Iranian sites.

In April, Iran and the P5+1 group of international mediators reached a political framework agreement in the Swiss city of Lausanne, which stipulates that Tehran cut back its uranium enrichment activities and decrease the number of centrifuges in exchange for sanctions relief.