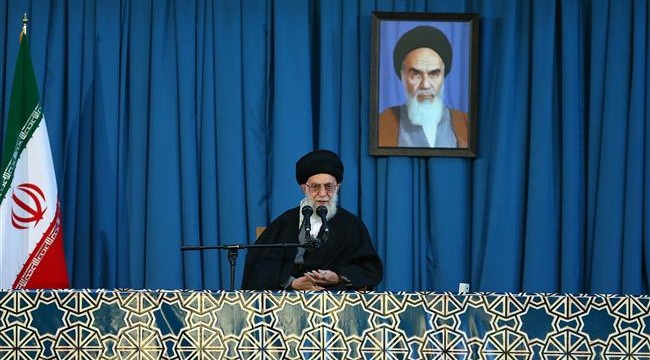 Leader says judiciary should be independent, affected by none

He made the remarks in a meeting with judiciary officials Sunday night on the occasion of judiciary week.

The Supreme Leader said elements tarnishing the independence of the judiciary system like threats, bribery and pressures should be barred with the aim of helping promote right code of behavior within the system.

He referred to “authority” as one major component of the independence of the judiciary system and said the search of authority by the judiciary is not like the regular attempts by political or factional groups but rather it is a bid to remain firm and uncompromising in defending the right idea.

The Supreme Leader went on to highlight “lawfulness and utterly healthy system” as two other factors which contribute to the independence of the judiciary system.

He said any form of corruption within the judiciary system will be translated into bigger ones in the society.

The Ayatollah also said “preventing crimes” was another important task for the judiciary system.

He further urged organized attempts by all organizations concerned to fight crimes in the early stages as it would be impossible to manage criminal behaviors once they grow and gain deep roots.

The Supreme Leader of the Islamic Revolution also expressed regret over the increasing number of inmates and called for serious measures to stop the wave.