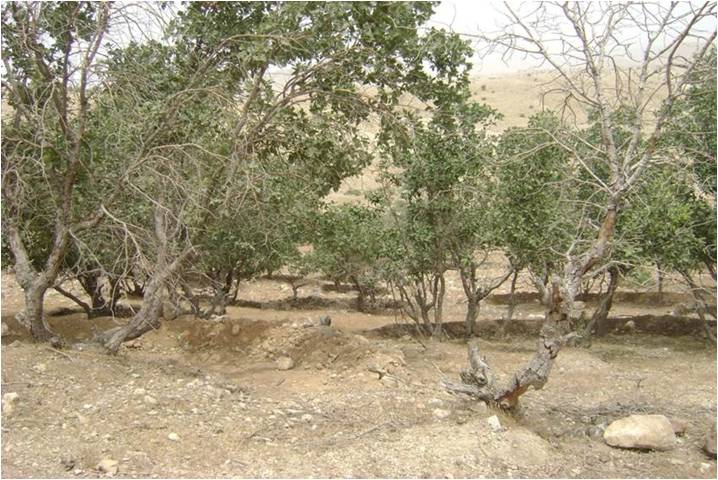 Frequent wildfires in Iran have raised concerns over the efficacy of protection that forests receive. More than 100 hectares of woodlands were consumed by forest fires in the first three months of the current Iranian year (started March 21) and experts fear with the advent of scorching summer months, wildfires will become more common.

Wildfires have become so frequent that some fear the media may become desensitized to the destructive phenomenon and eventually stop covering it—a notion that First Vice President Es’haq Jahangiri hopes will never happen, IRNA reported.

Speaking at a meeting to discuss the current situation surrounding wildfires, Jahangiri hailed the media’s attention and sensitivity to forest fires and said protecting forests is a government priority.

“Forests are national treasures and preserving them is of utmost importance,” he said.

The official pointed to reports presented at the meeting regarding measures taken by different organizations to tackle wildfires and said they have done well to stop the fires, but there are still problems that need to be addressed.

He said issues such as lack of funding and equipment hampers efforts to prevent fires or stop them from spreading and urged the Disaster Management and Mitigation Organization to see to the problems.

Cooperative Effort
Jahangiri said the armed forces have the means to help put out wildfires and asked the head of DMMO to arrange a meeting with ministry officials and other relevant bodies to brainstorm ideas and expand their cooperation.

“The armed forces have all the necessary land and aerial equipment to aid in suppressing wildfires,” he noted.

The meeting was attended by Agriculture Minister Mahmoud Hojjati, the four department heads at the Department of Environment and senior officials at the Ministry of Defense, Forests, Range and Watershed Management Organization, Management and Planning Organization and DMMO.

Beyond Wildfires
As great a threat as wildfires are to forests, there is another equally important danger: Illegal logging.

Trees are cut down to heat homes in isolated villages and create space for farmlands and trade. While it is no easy task to stem illegal logging, Department of Environment chief, Massoumeh Ebtekar, believes importing timber will go a long way in reducing logging.

“Easing the process involved in importing timber, such as reducing the cost, will help fight timber smuggling,” she said on Wednesday, at a meeting aimed at devising ways to improve forest preservation.

Ebtekar pointed to the different climates of Iran and European countries, and said what works in Europe does not necessarily work in Iran.

“Our plans to manage and protect forests must take into account Iran’s distinct climate,” she said, adding that climate change and drought are two major issues that must be considered.

At the same meeting, Taqi Shamekhi, an agriculture expert, said a country so rich in gas and oil reserves should not have to depend on its forests for revenue.
He said plans to protect and manage woodlands must go beyond preserving trees and consider every forest’s distinct ecosystems.