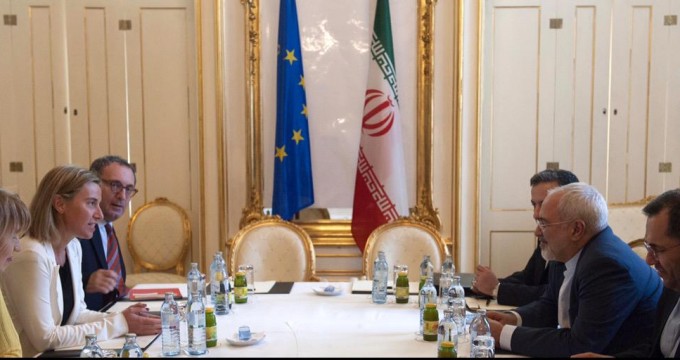 The Zarif’s Sunday meeting with Kerry was the fourth one over past two days.

Steinmeier said that he believes that the framework agreement reached in the Swiss City of Lausanne has to be turned into a treaty context. He said that this may seem simple, but it is actually a difficult job.

Steinmeier who was speaking to reporters as he was leaving Vienna’s Coburg hotel, declined to elaborate on the issues holding up the talks.

‘We negotiate inside the room, not outside it,’ he said.

The German foreign minister likened the nuclear talks with Iran to climbing to the peak.

‘This issue was in front of us like a big mountain for more than a decade. Now we are in the final stage of climbing to the peak. If the weather does not change, we can reach the peak and find solutions,’ Steinmeier said.

He said that both sides have to be courageous enough to make decisions, otherwise, the people will not forgive them.