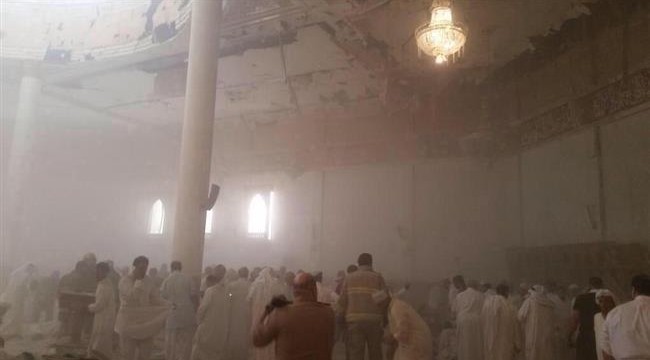 Iran confirms that two of its nationals were killed in a terrorist bomb attack at a Shia Mosque in the Kuwaiti capital, Kuwait City.

Earlier in the day, Iran’s Ambassador to Kuwait Alireza Enayati had also confirmed the two had lost their lives.

The terrorist bombing at Imam Sadiq mosque on Friday killed at least 25 people and wounded more than 200 others.

The ISIL Takfiri terrorist group claimed responsibility for the attack, which was carried out during the weekly Friday prayers at the mosque in the Sawabir district of the Kuwaiti capital.

The Kuwaiti cabinet has held an emergency session, with the Interior Ministry launching an investigation into the bombing and raising the level of security alert.

The Iranian diplomat further warned against the spread of terrorism in the Middle East and the danger it poses to regional countries, urging all Muslim nations to reinforce their unity to uproot Takfiri terrorist groups.

“Terrorism has no boundary. We currently witness that terrorist groups are conducting acts [of terror] in countries such as Syria, Iraq and some other Muslim states,” Enayati said.

He expressed regret that terrorism has also spread to Kuwait and that “we witnessed this terrorist and brutal move at a mosque.”

He pointed to similar bomb attacks in Saudi Arabia and Yemen over recent weeks and said terrorist groups have launched extensive efforts to cause disorder and instability among Muslims and kill innocent people.

“Given the ongoing circumstances, Muslim countries must cooperate with each other without any hesitation to fight against terrorism and eradicate it,” the Iranian diplomat said.

ISIL has claimed responsibility for similar bomb attacks in Saudi Arabia and Yemen over the past weeks.