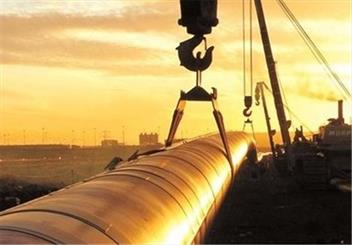 Iran’s gas exports to the neighboring Iraq have been pushed back again over concerns about the security of the pipeline, the Fars news agency said on Saturday, citing informed energy industry sources.

Iran is ready to begin exports but some “minor problems” are preventing the start of the gas flow to Iraq, the source said.

“The shadow of security issues has fallen over gas exports to Iraq. On the other hand, the pipeline has not become operational yet,” he said.

Iran is expected to initially deliver 4 million cubic meters of gas per day (mcm/d) before raising it to 35 mcm/d later to feed three electricity generation plants in Iraq.

Exports were planned to start in the Iranian month of Ordibehesht which ended on May 21. The source said he hoped the transfer of gas would begin in Shahrivar in the next two months or so.

“Under the current circumstances, it is hard to set a precise date for the exports but the Iranian gas will be definitely sent to Iraq this year,” the source said.

He said after negotiations the Iraqis had agreed to take charge of the pipeline security on their territory which is facing threats from ISIL and other terrorist groups.

The 42-inch pipeline on the Iranian side stretches for 97 kilometers from Charmeleh in the western Ilam province to Naftshahr on the border with Iraq.

In Iraq, the 120-km pipeline passes through the volatile Diyala province to feed a power station there before branching into two lines to supply two more plants in Baghdad.

Negotiations have been held to extend the pipeline to Syria, with a possibility to expand exports to Europe. Iran and Iraq signed the $365 million gas export agreement in 2013.

Last month, director of the National Iranian Gas Company Hamid Reza Araqi said there were also a series of contractual issues about the Iraqi payment which the two sides were discussing to clarify.

“Given that we are currently under sanctions, the mode of receiving the money for the exported gas is very important to us,” he said.

Iran and Iraq also have to finalize testing the last section of the pipeline which needs the injection of water where the two sides had problems to supply.

Tehran and Baghdad have turned to close allies from staunch enemies under the former dictator Saddam Hussein who commanded a war between the neighbors for eight years in the 1980s.

On Thursday, Iran’s Minister of Roads and Urban Development Abbas Akhoundi traveled to Basra to begin the construction of a rail track to connect the Iraqi city with Iran’s Khorramshahr.

The line will connect the two countries’ railways, opening a new route to link Iraq with the much-coveted Silk Road and Iran to the eastern Mediterranean.